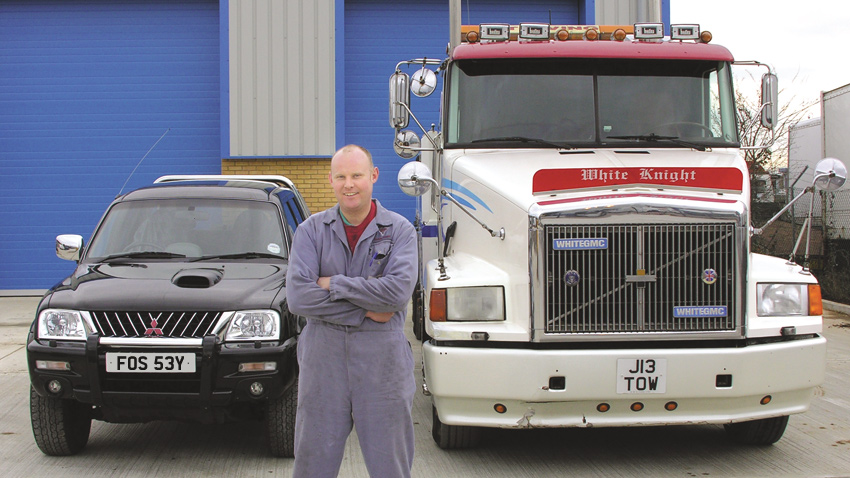 When Mark Foster began working for Osborn Transport Services in 1989, he had never imagined he would own the company some fourteen years later. The company, based in Leighton Buzzard, Bedfordshire, was originally owned by John Osborn for almost forty years until his retirement in 2003.

The 24-hour recovery company currently employs ten people and has a fleet consisting of four service vans and three recovery vehicles, one of which proudly bears a ‘tow’ number plate – J13 TOW. “I’d like to get ‘tow’ number plates for all the trucks”, Mark admits.

“I had a dateless ‘JH’ registration given to me by a good friend who emigrated and couldn’t take it. I was browsing through the Top Marques magazine and I saw the FOS 53Y plate. I’m known to all my friends as Fossey because of my surname”.
“I thought it was a good one, and they don’t generally lose money. They’re a good investment – The car may lose money, but the number plate will hold its value”.

The number plates bug appears to have bitten for Mark, who intends to buy a personalised plate for his wife. “We got married in October last year. Just before we got married, she bought a new Mini Cooper convertible. It’s her dream car and I’d like to get her one for that. She didn’t know about plates but she got hold of this magazine and clued herself up!”
“Regtransfers were pretty damn good to be fair. I had no problem with the transfer.”