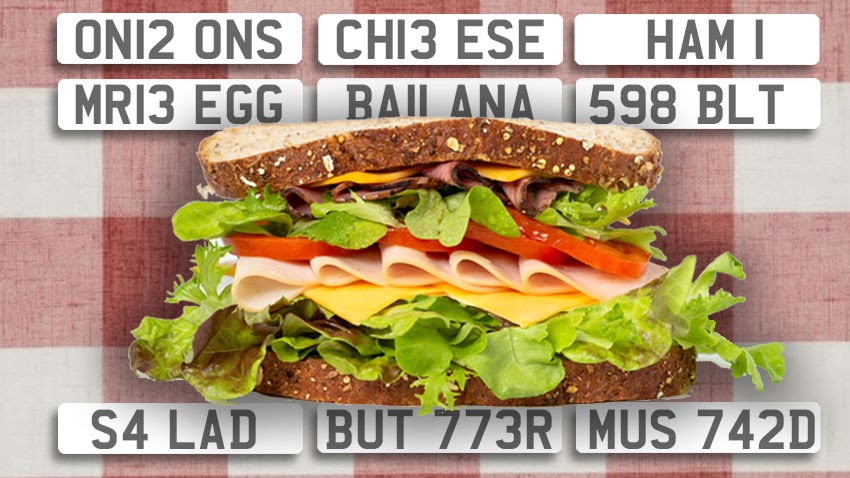 We have to wonder whether Americans really appreciate the sandwich quite as much as they should. After all, the invention of the sandwich is surely at least as big a milestone in the development of civilisation as the wheel. Yet, while we British show appropriate respect and gratitude to the mighty sandwich with Sandwich Week (which occurred in May), our transatlantic cousins only manage a single Sandwich Day on 3rd November. It really isn't good enough.

As you may have gathered, your humble blogger is something of a sandwich fan. So, it turns out, are my colleagues in the Regtransfers marketing department. A quick straw poll of the team showed no clear consensus on any one superior filling but it did illustrate the versatility of the format. Amongst the nominations from our team were the following: peanut butter and Marmite or cheese and onion from yours truly; ham salad with spring onion; banana toastie; ham, cheese, rocket and wholegrain mustard; cheese and Marmite. Our marketing manager, of course, had to outdo everyone and choose a Vietnamese ham salad banh mi.

What does the public say?

Earlier in the year, bread manufacturer Warburtons polled a sample of 2,000 people to establish British butty trends. Comparing the results to a similar survey conducted in 2018 produces a few surprises as you'll see from the tables below. To this writer's absolute outrage, the marvellous cheese and onion sandwich is nowhere to be seen in the 2020 rankings. Seriously? Is this really what the world has come to?

Some favourites such as sausage, ham and cheese and cheese and pickle stay in the top dozen while others that featured in the 2018 top 30 are nowhere to be seen. As we have seen, cheese and onion is inexcusably absent while turkey salad and jam have also both disappeared.

It may come as a surprise that the increase in vegetarian and vegan diets that has been reported in the media in the last few years does not seem to be reflected in the results of this poll. Both the 2018 and 2020 lists have plenty for the meat-eaters amongst us. A notable, and some might say archaic, appearance in the 2020 chart is the corned beef sandwich. Those of us around in the 1960s and 1970 may well have thought that particular item had faded from the public consciousness but apparently not.

Your favourite fillings on a plate

Some components remain popular but the frills with which they are served up have changed. Tuna, for example, remains a strong performer. Tuna and cucumber is present in both tables, as is tuna mayonnaise, but tuna salad has been replaced by tuna and sweetcorn.

We expect you will find plenty to disagree with in these rankings - we certainly did. In fact, although I opened this piece with some tongue in cheek criticism of America, we in the UK must tread carefully: any country that votes egg mayonnaise as its second favourite sandwich should take a long, hard look at itself.

What's your favourite sandwich? Let us know on Twitter!