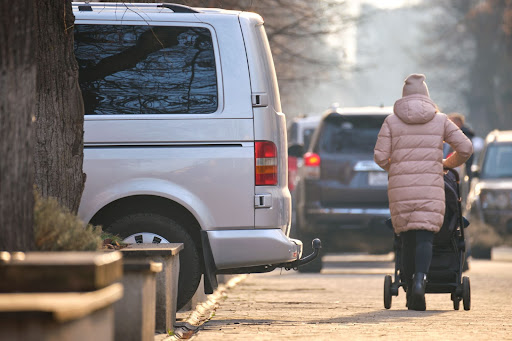 The typical British fork in the road

You know how the British public just loves to be divided over issues. Well, the government has, very obligingly, provided us with a whole new reason to get into heated arguments: changes to the Highway Code have come into effect from 29th January 2022. While, as before, some rules in the code are advisory, others are direct instructions backed up by the law. Even the parts that are discretionary are not to be taken lightly as non-compliance with the Highway Code can be taken into account by courts deciding issues such as liability in case of accidents.

As personal number plates owners and our vehicles are, by definition, more recognisable than those unfortunate souls who are still stuck with the default registrations assigned to them by DVLA, it is wise for us to be familiar with the rules. It isn't practical to cover all the changes in depth here but we can highlight some key points and link to the full Highway Code for your reference.

The primary aim is safety first

As one would expect, the primary aim of the revision is to improve road safety. The code sets out a hierarchy of vulnerability with pedestrians (considered those most likely to be injured in the event of a collision) at one end of a spectrum that progresses through cyclists, horse riders, and motorcyclists up to drivers of cars, vans and trucks at the other end. So far, so sensible: if a lorry and a pedestrian were to collide, few would expect the lorry to suffer the most damage. Few people would argue with the intent but many have already expressed concern that the revised Highway Code may actually make things worse and increase danger rather than reduce it.

Pedestrians get priority at junctions

One of the most contentious changes is in the priorities at road junctions. Previously, vehicles had priority over pedestrians at intersections: people crossing the road on foot had to give way to cars turning into the junction. The new version reverses that, requiring drivers to give way to pedestrians crossing the road and even to those waiting to cross the road. As has been pointed out by many, in busy locations such as London, where there is a constant flow of pedestrians, it is quite possible that vehicular traffic could be brought to a standstill as roads become blocked by drivers waiting for a lull in the stream of walkers so they can turn into junctions. Frayed tempers and increased incidence of road rage have been predicted.

Driver and cyclist rivalries flare up

Other changes seem destined to aggravate the traditional rivalry between drivers and cyclists. For example, where the previous version grudgingly allowed cyclists to ride side by side so long as they "never ride more than two abreast", the updated wording actually encourages them to double up at times: "You can ride two abreast and it can be safer to do so, particularly in larger groups or when accompanying children or less experienced riders." Drivers who have been frustrated in the past by groups of cyclists on narrow roads will be hoping that pedal pushers also take on board the next passage in the code: "Be aware of drivers behind you and allow them to overtake (for example, by moving into single file or stopping) when you feel it is safe to let them do so."

Apparently, the noises of uncertainty and discontent haven't yet reached a dramatic enough level for some of the sensationalist press. Recent Evening Standard hyperbole claimed that the "New Highway Code rule will fine drivers £1,000 for opening door with wrong hand", which is a significant misrepresentation of the real situation. The code actually says

Keep up to date

So, as you can see, the new Highway Code has caused a bit of a kerfuffle. While it's hardly our idea of a relaxing read at bedtime, we do recommend that everyone take a look at the revised code as many of us probably haven't so much as glanced at it since we learned to drive. To make it a little clearer exactly what has changed, the government has published a table of revisions, presenting the old and new versions side by side for comparison. You may find that document here.

Whatever your opinions on the updated rules, drive carefully and stay safe.

Penalty points: how bad are drivers in your area?

The most common causes of UK road accidents