Do you know the new rules? 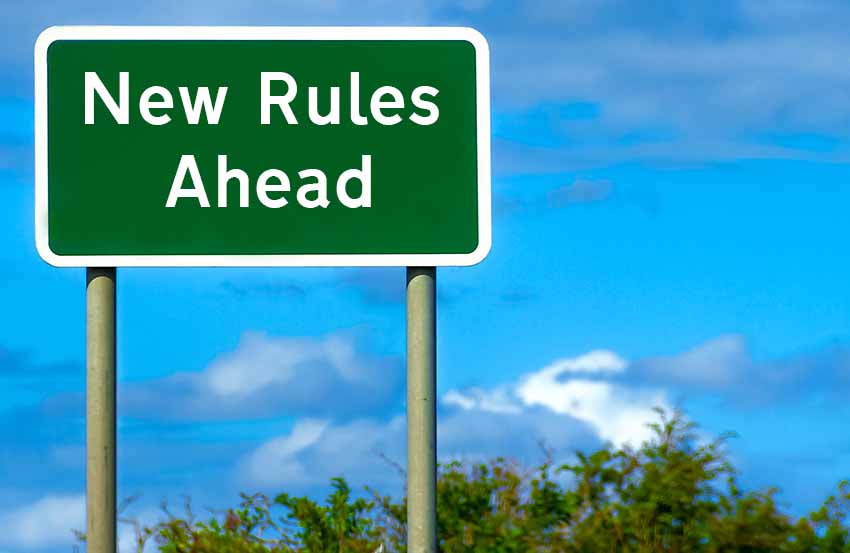 The last 12 months have seen a few changes to the laws and regulations that govern our use of the roads. The changes are motivated by road safety concerns, efforts to reduce pollution and climate change and, in some cases, simple bureaucracy.

From 2021, the standard fuel type for petrol cars in the UK changed from E5 to E10 and this became the grade of fuel dispensed from normal unleaded pumps on forecourts throughout the country. E10 contains a higher percentage of renewable ethanol alcohol than E5 and the government claims that, despite a minimal reduction in fuel economy, the net result will be a reduction in carbon dioxide emissions from petrol vehicles.

In October, London expanded its Ultra Low Emission Zone (ULEZ) from just central London out as far as the North Circular and South Circular roads. This is a substantial increase in area and population covered, with 3.8 million people now falling within the zone. The £12.50 charge applies to petrol cars that don't meet the Euro 4 emission standard and diesel cars that don't meet Euro 6.

Several other UK towns and cities have introduced similar schemes with a view to reducing congestion and pollution from fossil fuel emissions, so it may be worth checking before travelling somewhere new for the first time.

Tenuously related was the change to the UK vehicle number plate regulations that allowed zero-emission, fully electric vehicles to display number plates bearing a green flash or panel. It's a little early to tell whether or not the appearance of these green plates will do anything to nudge more people into going electric, but those who do will now be able to show their contribution to the fight against harmful emissions.

The last year also saw the introduction of a new British Standard governing the manufacture and display of vehicle number plates: the previous standard, BS AU 145d, has been replaced by BS AU 145e.

One of the changes, made necessary by Brexit, is that it is now prohibited to fit number plates displaying the EU flag (the ring of stars). Plates may still display national flags of UK countries, but no European flag. This change has also meant that UK drivers must take additional measures to identify themselves when driving abroad.

As for the details, it's probably safest if we simply quote the government's guidance on the matter:

"If your number plate includes the UK identifier with the Union flag (also known as the Union Jack), you do not need a UK sticker.

However, you will need to display a UK sticker clearly on the rear of your vehicle if your number plate has any of the following:

If you’re in Spain, Cyprus or Malta, you must display a UK sticker no matter what is on your number plate.

If you have a GB sticker, cover or remove it before driving outside the UK.

You do not need a UK sticker or number plate to drive in Ireland."

The new number plates standard does include a few more minor changes to the physical specifications of new number plates. One of the more conspicuous of these is the fact that 3D characters must now be all-black, raised characters in the prescribed font. Characters that achieve a faux-3D effect by use of shading are now clearly prohibited on plates fitted after 1st September 2021.

As for most other changes, so long as you buy your plates from a registered supplier, such as Regtransfers, you will probably not even notice a millimetre or two's change in the rules on border widths etc.

It's been illegal to call or text from your mobile phone while driving since 2003 but, until recently, the legislation had lagged behind developments in phone technology and didn't expressly forbid using a phone's camera or media player. That shortcoming has now been addressed and the penalty for transgression has been beefed up too. Whereas the previous cost of breaking the law was three points on one's licence and a fine, this has now increased to six points and a fine, so make sure you're parked, with your engine off, before taking that selfie.