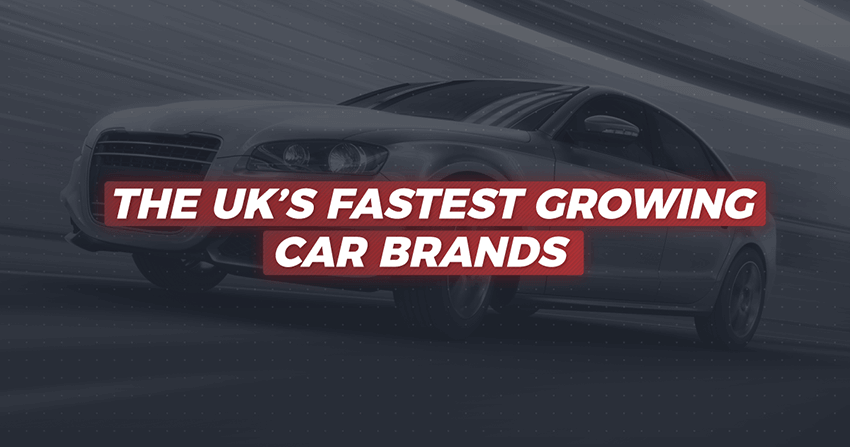 Over the past 20 years we have seen an influx of cars on our roads, but which brands have seen the biggest growth in the number of new cars registered?

Using Government data, we’ve been able to analyse the growth rate of the fastest growing car brands over the last 20 years, and spotted some surprising trends. This includes a 'luxury car' boom and how British automaker MG has made a comeback.

Check out our interactive graphic here.

Elon Musk seems to be everywhere all at once at the minute, pushing all kinds of incredible new technologies, with Tesla being one of them. If the arrival of Tesla in the UK market is anything to go by, our roads will be dominated by electric cars in the very near future. Tesla has had a 621% growth rate between 2013 and 2017 and at the end of last year, was in the top 3 fastest growing car brands.

Since its inception in 2003, Tesla has pushed the development of electric cars at a rate unmatched by any mainstream manufacturer. With niche cars like the Roadster and high-end electric cars like the Model S, Tesla has gained a core following in the UK car market. Other car brands that are growing fast include Infiniti, Ssangyong and Abarth.

The rise of the luxury car

Britain’s love for the luxury car is on the rise, with new car registrations increasing year on year. Brands including Porsche, Mclaren and Lamborghini are among the key automotive firms stimulating the surge. The increase of luxury cars could be down to an increase in consumer confidence after several years of austerity. Bentley has seen the biggest percentage growth over the past 20 years - particularly between 2003 and 2007 - with a 766% growth rate: In 2003 the number of new cars registered stood at 172, and in just 4 years, this increased to 1,490.

To find out which other brands have been leading the way over the past 20 years, check out our interactive graphic here.