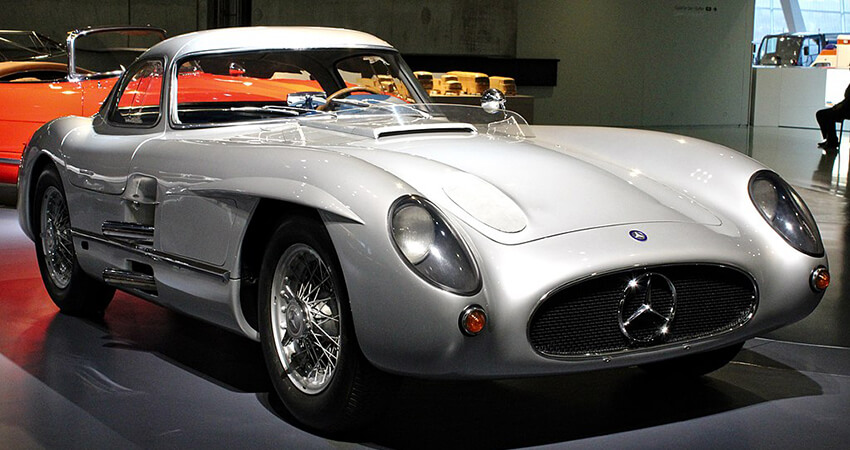 The mantle of the most expensive car in the world has been taken.

It was previously held by a 1963 Tour de France-winning Ferrari 250 GTO, which sold for $70m in 2018. That has now been usurped by a Mercedes-Benz 300 SLR Uhlenhaut Coupe which sold at a private auction for a staggering £115 million.

For £115m, the lucky winner of the auction is receiving a car with a unique history. Only two of these cars were produced, with the other being held by the Mercedes company. The car was named after its iconic creator, Rudolf Uhlenhaut. Uhlenhaut played a huge part in Mercedes-Benz racing success from the 1930s to the 1950s.

Besides its remarkable history, the car is renowned around the world for its striking design. It draws inspiration from its highly successful racing counterpart, the 300 SL. Dubbed the ‘Mona Lisa’ of the automobile world, it won the accolade 'Sports Car of the Century' in 1999 and is widely regarded as one of the jewels of motoring history.

Achieving the highest price ever paid for a vehicle is extraordinary and humbling.

Marcus Breitschwerdt, head of Mercedes-Benz Heritage, added "The private buyer has agreed that the 300 SLR Uhlenhaut Coupe will remain accessible for public display on special occasions, while the second original 300 SLR Coupe remains in company ownership and will continue to be displayed at the Mercedes-Benz Museum in Stuttgart".

All for a good cause

It was later announced that the proceeds from the sale would be used to set up a fund providing scholarships for students researching environmental science and decarbonisation.

As the UK's leading private number plate supplier, we felt compelled to search our vast database for a selection of numbers to see what might be the most appropriate match for a car of the 300 SLR's pedigree. We think A300 SLR would look great but if you think you could find a more fitting registration, then why not search our site and see what you come up with?

We’ve also compiled the world's most expensive number plates that are deserving cars of equal stature to the Uhlenhaut Coupe.

A great private number plate can transform any car. They are not just for supercars and the elite, luxury rides of the rich and famous. Relatively few of us will ever own a top-notch Mercedes, Ferrari or Bugatti, but anyone can make the most of their beloved car by ensuring it sports the personal registration it deserves.