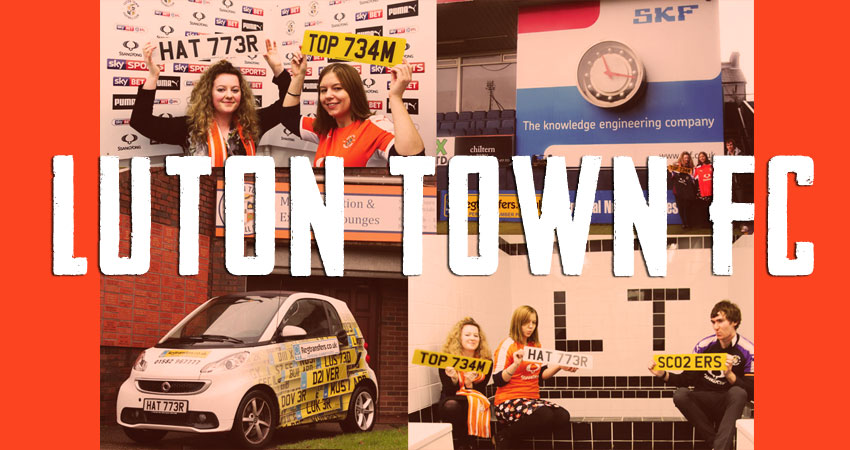 Regtransfers is proud to sponsor our local team, Luton Town FC. Anyone with an interest in football will be aware of the fantastic season Luton have had this year. It seems that they would struggle to put a boot wrong, even if they tried. Not only has the team been almost unbeatable, The Hatters have achieved some truly spectacular scorelines too: eight goals in the first match of the season, followed by a procession of sevens, fours, threes...

A small contingent from the Regtransfers marketing department (all avid Luton fans, of course) visited the Luton ground to see our new perimeter advertising boards being installed. Luton Town's commercial director, David Hoskins, kindly showed everyone around - and kept us all safely away from the actual turf and the wrath of the groundsmen.

There is no doubt that plenty of people are feeling the excitement this season. With more and more people becoming supporters, Luton Town will soon be finding space at a premium. While the existing ground has served them, and the fans, very well, the planned new stadium mooted for the Power Court site should be a fitting new home for a newly resurgent Luton Town FC.