Did you know… about the Rolls-Royce statuette? 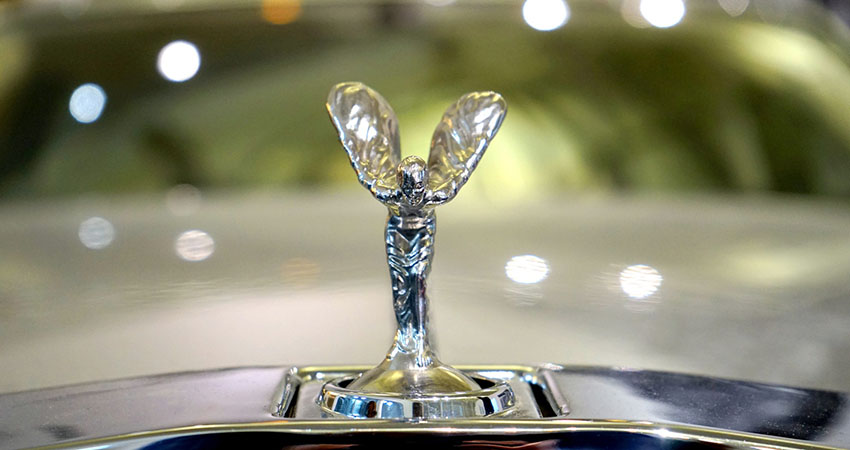 We’re all familiar with the sleek lines and classic styling of Rolls-Royce cars. One of the most unmistakable design elements of the brand is the small statuette of a woman, clad in diaphanous silks and arms outstretched behind her, that graces the bonnet of each Rolls-Royce.

This is the ‘Spirit of Ecstasy’, first introduced in 1911. What most people don’t know is it was inspired by one of automotive history’s most secretive and passionate love affairs.

John Walter Edward Douglas-Scott-Montagu, 2nd Baron Montagu of Beaulieu (that’s quite a mouthful!) was one of the pioneers of motoring in Britain. He advocated, agitated and influenced for the import and distribution of cars and motorways across Britain. He was also editor of The Car, an influential publication in the early years of motoring. It was at The Car that he met Eleanor Velasco Thornton, an actress and model, who was working as a secretary for one of his staff. The soon began a passionate affair, which had to be kept secret from most - Montagu was already very much married, and Thornton came from very humble origins. The pair even had a daughter, who was given up for adoption.

Montagu owned a Rolls-Royce and commissioned his friend, Charles Sykes, to sculpt a bonnet ornament that used Thornton as a model. This was called ‘The Whisperer’, and featured a woman, robes flying behind her, with a finger to her lips. Talk about hiding things in plain sight!

When Rolls-Royce decided to introduce a standard bonnet ornament, they also turned to Sykes. Having been given a brief that called for something recalling a goddess, alive with power and energy, he chose to once again turn to Thornton as a model. He modified ‘The Whisperer’s pose to the one we are familiar today - a woman, arms outstretched behind, as if in flight. This was dubbed ‘The Spirit of Ecstasy’.

While the ‘Spirit of Ecstasy’ would achieve a sort of immortality, Thornton, sadly, did not. She died on a cruise in 1915, when the SS Persia was torpedoed by a German submarine. Montagu would survive the disaster, but mourned Thornton for the rest of his days.

Since 1920, the ‘Statue of Ecstasy’ has featured on every single automobile manufactured by Rolls-Royce. Over the years it has been produced in gold, silver, chrome, crystal and diamond-studded variations. Design features now ensure that should a Rolls-Royce be involved in an accident, the statuette will retract into a protective housing. Newer models also allow the ornament to be retracted when the car isn’t being used, to deter theft.

Eleanor Thornton hasn’t been forgotten, however. Future Rolls-Royce cars will debut with an artificial intelligence named after her, that can self-drive, make appointments and entertain passengers while they cruise. In a way, she’ll always be remembered by those who drive this most prestigious of British cars.

We have a range of number plates ideal for a Rolls-Royce, such as FAN 770M and RO11 ERX. Interested? Call us today to discuss the perfect plate for you.