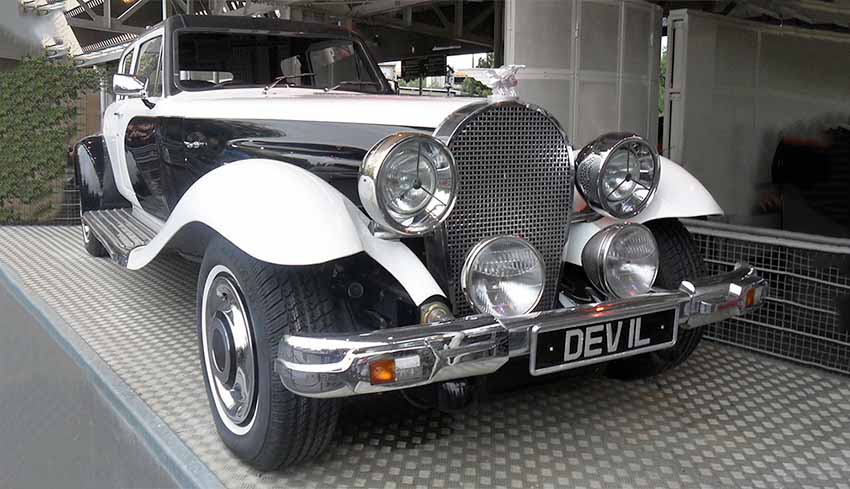 Auctions continue to deliver surprises and the DVLA December 2021 auction was no exception. In our newsletters and blog posts we often express relief at how resilient and buoyant the personal number plates market remains in these… interesting times. Even though we know that registrations are selling well and that prices remain very healthy, we confess to being impressed by the £308,253 total price achieved by DEV 1L in this most recent auction.

Too hot to sell

The fact that the number was included at all raised a few eyebrows. Policy regarding withholding or withdrawing numbers that may be seen to represent sensitive, controversial or offensive topics has long been a little unpredictable. Although a search on the Regtransfers website will show that there are plenty of 666 numbers available for sale, we do remember news reports in the 1990s that DVLA was going to stop issuing combinations including 666, partly because owners believed that the unholy influence of the number was bringing them bad luck! Nevertheless, it seems that no sinister side-effects are expected from the issue of DEV 1L as it was deemed safe to include in the auction.

Fit for a villain

Perhaps any hellish influence has been exorcised by DEV 1L's association with Walt Disney Studios, as it featured on Cruella De Vil's iconic car in both the 1996 live action movie of 101 Dalmations and the sequel, 2002 Dalmations. Oddly, the 2021 movie Cruella depicts a misspaced version of the number, so the Disney villain runs the risk of a fine and MOT failure in addition to penalties for any other crimes of which she may be convicted.

It's a striking and eye-catching registration in any case, and with that movie link as well, the £300k price tag suddenly seems a lot more understandable. What is more, that figure earns DEV 1L a place amongst the UK's 20 most expensive number plates!

Here's a list of the top performers in the December sale.

DVLA auctions have been held online since measures were introduced to keep bidders safe from exposure to Covid, but DVLA has now made a provisional announcement that the sale planned for June 2022 will return to a live format where buyers may attend in person.

Prices include fees and taxes.

The world's most expensive number plates