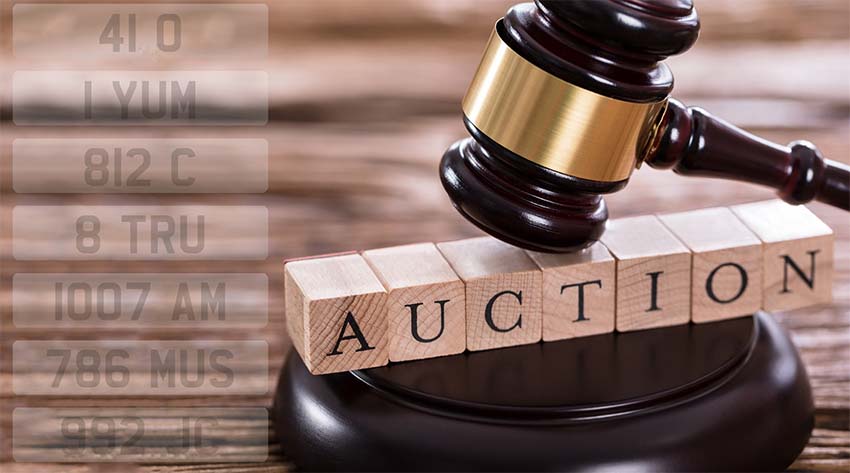 Another month, another DVLA auction. The auction that ran from 27th July 2022 to 2nd August 2022 was an online sale, as all DVLA auctions have been since the live events were suspended due to the Covid-19 pandemic. That said, we understand that DVLA has provisional plans to begin holding live auction events again later this year. View our coverage of the previous DVLA auction here.

The registrations on offer comprised the usual mixture of the obvious and the seemingly inexplicable. The highest earner, 41 O, appears to fall in the latter category, so far as any intended meaning may be concerned. We may not understand it but we like it: a striking number that would look great on any car. At an all-in price of £73,422, it could still have some investment potential. It also continues the high-achieving trend of 'O' plates at auction: a number of two-digit 'O' registrations have made big money in previous DVLA sales.

While it seems likely that 812 C would have been purchased for a Ferrari, and that 992 JC and 911 RAV will end up on Porsches, there were also a few intriguing sales where one can guess at a registration's significance to its new owner but not really be sure. For example, 1 KWH is, surely someone's perfect number one initials plate, but with those letters also forming an abbreviation for "kilowatt hour", a unit of energy commonly applied to electricity, it could also appeal to the CEO of an energy company - although displaying it in that context at the moment could be considered tactless…

The table below shows the top performers in this recent sale.

Prices include fees and taxes.

If you'd like to try to find your own auction bargain, or you have a registration you want to sell, the Regtransfers online auction is a great place to try your luck. Our auction provides a safe, secure platform and all transactions are overseen by Regtransfers.