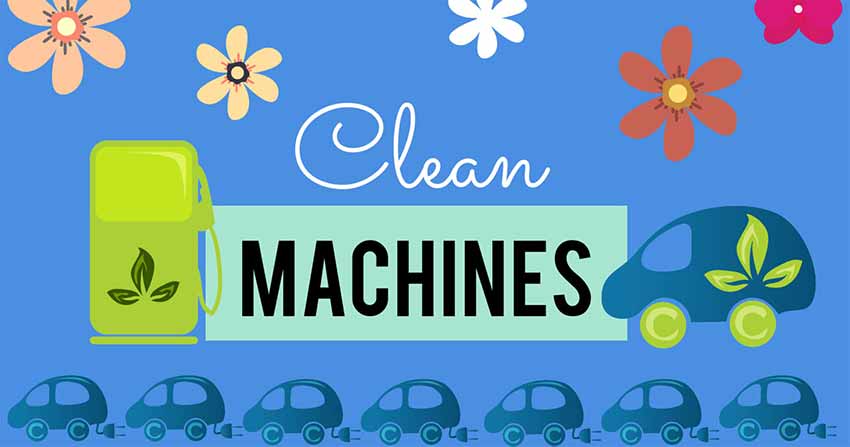 Can you imagine a world without petrol? It may be approaching faster than you think. The threat of climate change and dwindling natural resources have forced governments and automotive manufacturers worldwide to consider alternatives to the combustion engine machines that have dominated roads for over a hundred years. Indeed, an increasing number of countries are seeking to end the sale of petrol vehicles by mid-century.

So what comes next? We've taken a look at the top 5 candidates that could be powering your next car buy.

The electric car is hardly a new innovation – first attempts at a consumer electric vehicle were made in 1890s in the United States, and for a short time, a variety of makes and models were available for budding motorists. Their time was cut short, however, by a number of issues. They could not travel far on a charge of their lead-acid batteries, and they were labour-intensive to start, requiring a vigorous crank. Soon, petrol reigned supreme.

Electric cars disappeared into the realm of science-fiction until the 1970s, when governments, such as the United States, began funding research into a reliable, financially viable electric model. Attempts from car-makers would debut at expos and trade shows, but for the most part, they constituted concept vehicles that could only travel a short distance on a battery charge.

The turning point for the electric car came in the late nineties when Toyota released the Insight and the Prius – two 'hybrids' that could travel using either the petrol engine or two lithium battery packs. The Prius's low noise levels and fuel economy, plus a massive marketing campaign that employed celebrities made it the first electric vehicle to sell over a million, in 2006.

Today, there are many hybrid vehicles on the market from a variety of manufacturers, and the battery-only space is dominated by Elon Musk's Tesla Motors, who will be releasing their Model 3 premium saloon in 2019.

With petrol deriving from decayed organic matter from the time of the dinosaurs, it was only a matter of time before researchers and car manufacturers would explore whether cars could be powered by organic fuels with slightly less of a vintage.

Serious efforts began in the eighties with soy beans, corn and sugarcane used as sources of 'biodiesel', a fuel that could be used in diesel vehicles without any kind of costly engine conversion. Over time, concerns arose about the sustainability footprint of these 'first-generation' fuel crops – more energy was being expended in growing, fertilising and using pesticides on them than was potentially being saved.

Biodiesel-fuelled vehicles became a more viable proposition when advances in technology meant that used vegetable oil, algae and other sustainable resources could be used to create biodiesel. Now, biodiesel is available at a growing number of gas stations across the UK, Europe and the United States, with new targets for uptake being set all the time, and a growing number of luxury diesel vehicle models set to take advantage.

Natural gas is amongst our cheapest, cleanest and most plentiful natural resources. It has been used for over a century for cooking, heating and energy generation. With much less of an emissions footprint than petrol, gas should, therefore be an ideal choice to power road vehicles.

As it turns out, the first gas vehicles appeared due to a shortage of petrol. During the Second World War, both the Allies and Axis built 'gas bag' trucks and buses that ran on waste gas that was created during the process of making charcoal. While keeping their respective sides moving, these vehicles had an unwieldy and potentially dangerous flaw – the gas had to be kept in a balloon on top of the vehicle. Naturally, this both limited its usage in terms of height clearance, but more importantly risked exploding when exposed to flame!

Advances in technology in the nineties and early 21st century meant that liquid natural gas (LNG) could be stored in a small tank within a vehicle, opening up the possibilities for its use. While a relatively small presence on roads worldwide (with a few notable exceptions), natural gas has become the go-to choice for many bus companies, taxi firms and other businesses requiring a number of vehicles. LNG-fuelled fleets can be found in many of South-East Asia's megalopolises, as well as in increasing numbers in European capitals.

Theoretically, there's not much to separate fuel cell vehicles from both electric cars and those driving on natural gas. Hydrogen gas is used to power an engine that is completely electric, and the hydrogen is normally extracted from natural gas.

Where fuel cell vehicles (FCV) excel over their rivals are in three key areas. First, the only emissions that they produce are a little bit of steam from the tailpipe – the inevitable consequence of combining hydrogen and water. Second, hydrogen is perhaps the most abundant element in the universe and we're never going to run out of it. Third, they have none of the distance-per-charge restrictions that electric cars have and one ten-minute refuel will give you the same range as many petrol vehicles.

The only factors hindering the uptake of FVCs is a lack of places to fuel them and a rather hefty price tag - in excess of £55,000. However, with many of the large Japanese car manufacturers throwing their weight behind the technology you can expect to see more FCVs, such as the Toyota Mirai, on British roads in the coming decade as infrastructure and cost-effectiveness improve.

Let's be clear from the outset – current technology and the laws of physics do not allow for a car that performs in a way that most consumers want and is completely powered by the sun. Current solar cell technology simply cannot capture enough energy to give the required speed and performance. However, the race to develop something approaching a practical solar car continues.

Australia – home to quite a lot of sunshine – is host to the World Solar Challenge each year, in which teams from all over the world compete to race 3000 kilometres across the Outback, using nothing but the sun's power. Recently, they have introduced a 'Cruiser' class in the race to encourage teams to design something approaching the conventional family car.

While we wait for technology to catch up, an increasing number of car manufacturers are incorporating solar technology into their new hybrid models to increase mileage, such as Toyota and Ford. It is hoped the use of next-generation solar panels on car roofs will cut the time needed between recharges, making them a more appealing proposition to the consumer.

What are your thoughts? Which of our top five alternative fuel sources excites you the most - or the least? Be sure to comment via our social channels!