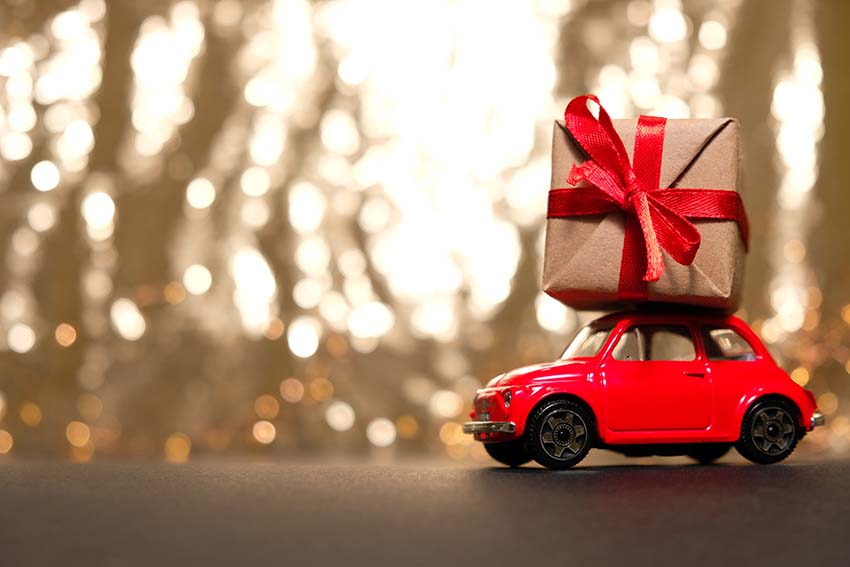 We recently saw a survey by Vertu Motors that claimed more than 20% of British car owners have bought a Christmas present for their beloved ride. At first, that rather surprised your humble blogger - but maybe it shouldn't have.

The same survey revealed that more than 40% of drivers greet their cars as they approach them and a quarter have named their car. When asked for the reasons for naming, the most common answer given was that the owner thought it suited the vehicle's personality. Clearly, a lot of UK drivers see their cars almost as people and can form pretty strong emotional connections with them. My own experience bears this out, although the emotion in my case has mostly been frustration...

So far as we can see, there are no statistics regarding how many of these profound relationships have resulted in drivers marrying or legally adopting their cars.

Anyway, as the survey had me feeling curious, I decided to conduct a quick ad hoc survey of my own amongst colleagues here in the office. Trying to poll the Regtransfers marketing department on any topic is, like herding cats, largely futile. Trying to ascertain how many members of the team have bought gifts for their cars returned no clear answers. Some did offer lists of car gift ideas but without categorically admitting that they had actually bought any of the items as gifts for their own cars.

The full list of gifts suggested by the Regtransfers marketing department is as follows:

I bet the item at the top of the list came as a bit of a surprise, didn't it? Seriously, when one bears in mind the facts revealed by the survey - that people speak to their cars, name them and buy them gifts - is the ultimate item of personalisation not the obvious choice? If you've given your car a name why not put its name on display for all to see? We see a lot of people who put their own name on their private plates but not so many who give their car its own name tag.

Best of all, a personal number plate makes a fantastic gift for the human members of the family too. Plates bearing names, initials, hobbies, professions all make great Christmas presents. See what you can find.

Our in-house survey possibly raises more questions about our team than it answers. Are tyres not more of an essential than a gift? What kind of cheapskate gives an air freshener as a gift? Who are Dave and Sharon? Who still buys CDs? Why Hello Kitty cushions rather than Miffy? Why was our marketing manager the only responder who didn't suggest private number plates (watch our job vacancies webpage for possible developments on that one)?