A Plate That’s out of This World!

When YG 1 was issued in West Yorkshire in the thirties, there was not the slightest inkling that this plate would one day provide a tangible link to one of the most daring and adventurous individuals of the 20th century.

Yuri Gagarin, born in 1934, was a cosmonaut with the Russian space program and a famed air force pilot. On the 12th of April, 1961 he launched from the Baikonur Cosmodrome, in what is now Kazakhstan, aboard the Vostok 1 spacecraft. While his mission only lasted 108 minutes from launch to reentry, he was the first human to leave the earth’s atmosphere, orbit the planet and return safely.

At the time, this was an astonishing feat. Gagarin’s success not only launched the Soviet Union into the space age but also represented a major step in human endeavour and ingenuity.

Gagarin became a worldwide hero. Three months after his mission, in July 1961, he travelled to the United Kingdom on a tour to promote the Soviet Union’s achievements. There, he was wildly popular with the public and greeted with wildly cheering crowds. During his three day visit, he was driven to a number of meetings (including one with the Queen) in an open-top Rolls Royce proudly bearing the number plate, ‘YG 1’ owned by English singer Yana Guard. 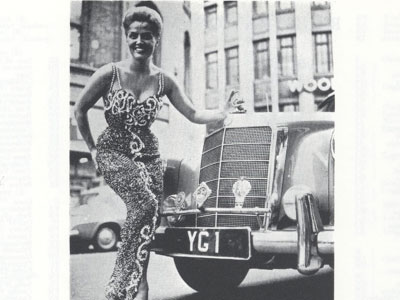 There are a number of photos of Gagarin in the Rolls Royce, plates visible. Yana, who owned the registration, was also photographed with the car. In some respects, the car and plate were almost as much of a hit as Gagarin!

Regtransfers is proud to offer the space age ‘YG 1’ plate for sale. Enquire today about this historic number plate - who knows, you could be the next chapter in its story!