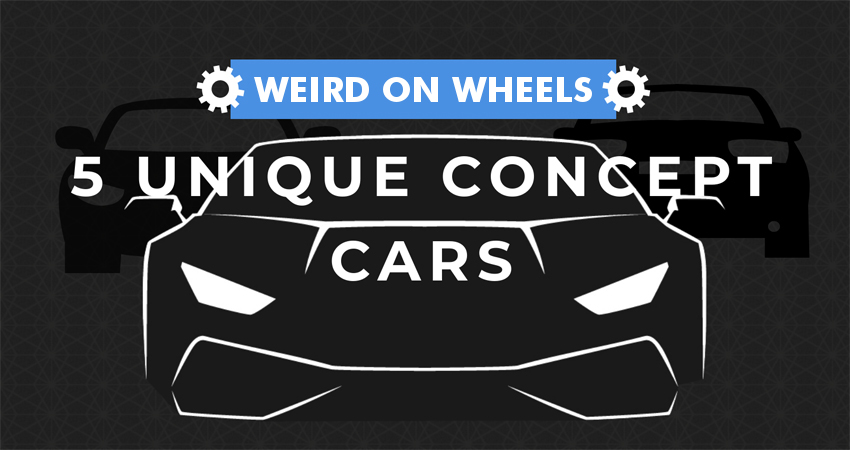 Weird on wheels - Five of our favourite concept cars

Concept cars are the daydreams of the automotive world - what manufacturers would love to make if cost, technology or time were not a consideration. Some concept cars, displayed at motor shows, become enough of a hit to go into production. Others sink without a trace, and for good reason.

Here are five we consider the most unique, for good or ill.

Our first unique concept car could easily fit in in the background somewhere in an episode of The Jetsons. With a shape like a slice of cake and three wheels, it really did look like something from the future when it first appeared at the Detroit Motor Show in 1961.

Ford wanted to change how folks travelled from A to B, and nearly every aspect of the Gyron lavishly, exuberantly embraced the futurism of the time. The massive roof opened up like a clam to reveal two seats that wouldn’t be out of place on a NASA spacecraft. Speed and direction were controlled with a dial and when the car was stationary, two little legs would sprout keep the car stable.

Perhaps the most impressive aspect of the Gyron was the gyroscopic cabin, designed to keep the car stable and weight evenly distributed as the car handled corners. Passengers would feel nothing but the gentlest of leans as they did so.

The Gyron was never meant to go into production. It was always meant to be a sign of the way things could be, Somewhere there is one single model made for display. As faintly ridiculous as some aspects of it were, I hope it’s being kept in good nick. 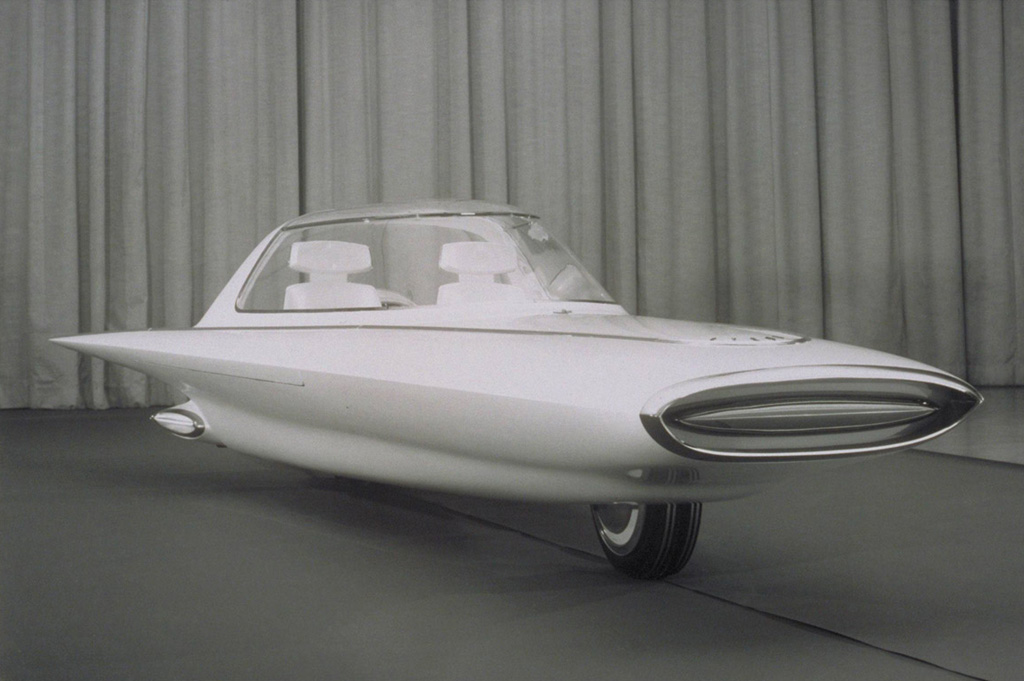 Straight out of Blade Runner, this is what Rolls Royce calls its first ‘Vision’ vehicle. Sleek lines, classic styling and the very best of modern automotive technology might seem as if they came straight from the press release, but it really does go some way to describing how this car comes across.

Outside, the body is constructed of a light alloy that makes it appear as if it’s floating on the road. Above the grill, a glass interpretation of the iconic Spirit of Ecstacy sits, ready to retract when it’s not in use.

Inside, the seats (called a ‘sofa’ by Rolls Royce) sit in a cabin made of macassar wood panelling. There’s a whopping great OLED tv screen and places to stow the champagne. A clamshell roof opens up to give the disembarking passenger a look, I kid you not, inspired by Botticelli's ‘Birth of Venus’. For the revheads, there’s a powerful V12 engine.

For the techheads, there’s an AI assistant, ‘Eleanor’, that can autonomously bring the car around for you when you need it. It’ll even give you suggestions to help you through your day. This car does everything!

Can you I tell I’m a little bit in love with this one?

Unfortunately, there’s no news as to whether the Vision will be going into production any time soon. Guess I’ve got time to save up then.

I don’t know about you, but when I go driving, I like to think that I’m surrounded and protected by at least a few layers of steel and plastic. Something about having sturdy, resilient protection against the elements. Hey, but what do I know?

BMW certainly seems to think that a solid outer chassis is an optional extra. Their GINA (‘Geometry and functions In 'N' Adaptations’ - nah, me neither) concept, unveiled in 2001 opts for an aluminium skeleton, covered with spandex.

BMW states that this allows for the car to change shape at will (putting up a spoiler for instance) and offers increased protection against the elements. Access to the engine is through a slit in the hood and when not in use, the headlights close like a pair of eyes (quite a disconcerting sight, to be honest).

To be honest, I feel a little bit uncomfortable writing about this one. It’s all so organic. I’ll move on. 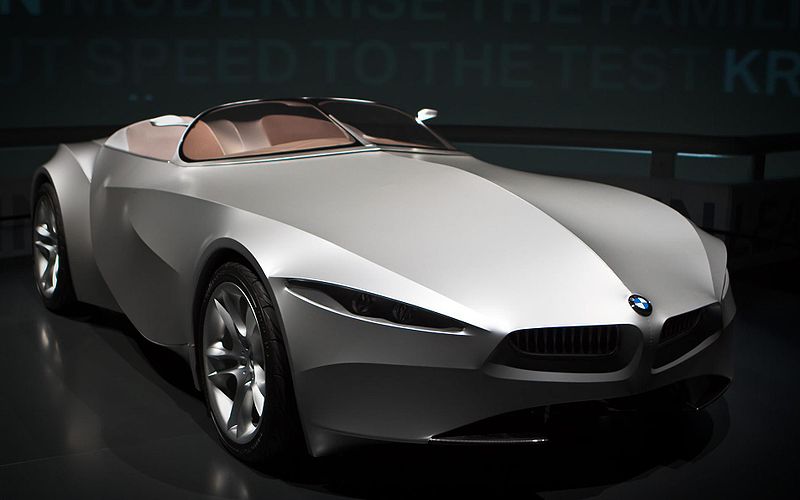 Ah, that’s better. Do you enjoy traditional Japanese craftsmanship? Do you want a car that will only improve and gain character over time? Well, have I got the car for you.

The Toyota Setsuna (‘Moment’) was unveiled at the Milan Design Week in 2016. The body is almost entirely made out of Japanese birch and cedar and is put together with almost no nails or screws, using Japanese carpentry techniques called okuriari and kasubi. The seats and console are also almost entirely wood, but I’d expect that any finished product would come with something soft to sit on.

The Setsuna is also completely electric, going with the whole natural, environmentally conscious theme of the vehicle. Charging takes a couple of hours.

Toyota designed the car with an emphasis on timelessness and lasting. This was a vehicle that was supposed to be a reaction to the disposable nature of much of modern technology.

The Setsuna was not street legal and the only models made today remain at Toyota. However, I hope there comes a time when we do see such unique cars on the road.

Now here’s a car with the potential to definitely not be very environmentally conscious.

Nuclear power, after the Second World War, was supposed to be the clean, infinite energy of the future. In time, it was hoped, the size of reactors would shrink to be able to fit under a car bonnet. Ford, being an innovative lot, wanted to be ahead of the curve.

Enter the Ford Nucleon. Conceived in 1957, this vehicle from GM was supposed to use the steam generated by its rear reactor to drive turbines, and thus the vehicle. It was thought that service stations could be built where the reactors could be safely exchanged. Designers envisioned that the car could travel 5,000 miles on a single ‘charge’.

Notice that there’s a lot of speculative languages there. That’s because the thing was never actually built as a working prototype. For a start, the technology simply wasn’t there - were still a long way off from the kind of reactor they envisaged.

Cold war fear and paranoia, ultimately doomed any further attempts by Ford at a ‘nuclear’ car. I guess we should all be quite grateful.