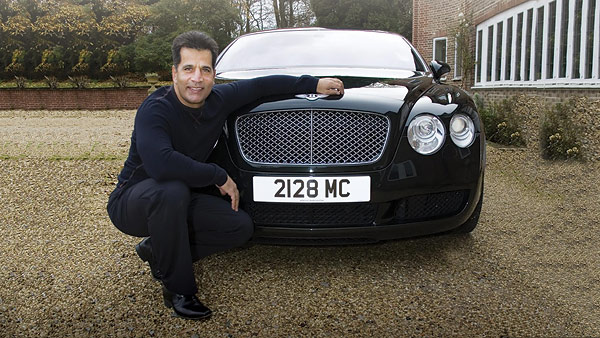 When he first arrived in England, Mo couldn’t speak English. Life for a new boy in a strange country could be hard. Experiences of bullying and racism at school motivated accomplishments in boxing and martial arts. His confidence grew, but that in itself may have been a mixed blessing, as Mo identifies over-confidence as a factor in his initially leaving grammar school with just one O-level qualification. This was not satisfactory, and Mo persisted with his studies, gaining O- and A-levels. In 1980 he moved to Staffordshire, and took a degree in sports science at Staffordshire University, supporting himself by working as a doorman.

Mo’s natural sporting talents were put to the test at university. He won a silver medal in weightlifting at the 1982 Student Olympics. Previously, while studying at New College sixth form college he had won caps for Warwickshire County Cricket Club (under 19s). Later, as a player for Shifnall CC, Telford, he won full Shropshire CCC caps. He also won plaudits for his martial arts and amateur boxing exploits.

Mo started in the financial services industry as a canvasser in 1983 and worked for a while in insurance. He set up his first company in 1985. In the late 1980s he established his own group of financial services and property businesses, soon building up a personal fortune that saw
him a millionaire by the age of 30.

In 1999 his family trust bought Stoke-on-Trent’s loss-making Water World theme park from Rank Leisure. In the last 10 years he and his team have transformed it into the UK’s No. 1 water-based leisure attraction.

Water World is now the biggest tourist attraction in the Stoke-on-Trent conurbation and amongst the top five in the Midlands. It is the most visited water-based leisure attraction in the UK and has welcomed over seven million visitors since it opened.

Mo has thrown himself wholeheartedly into supporting a number of charitable and community causes. He is also a fan of challenging and extreme projects that enable him to really test himself. From desert cycling to mountain climbing (often as fund-raising efforts), Mo constantly seeks new adventures.

It should, by now, be evident to the reader that Mo Chaudry is not the kind of man to make reckless or unwise investments. One doesn’t become wealthy and successful by throwing money away. So, Mo must see some benefit in buying his 2128 MC personal number plate.

“I purchased 2128 MC about 25 years ago. My reason for buying was, I suppose,
that I wanted a bit of prestige given that I was beginning to achieve some success. Having a private plate was to be an indicator of success in my opinion at the time. I think private number plates are very distinctive. They certainly help you to stand out from the crowd. I was very proud to have acquired mine at the time. I do think they make a certain statement about you as a person.”

Although he does enjoy his private registration, Mo has not succumbed to the temptation to start a collection.

“I don’t have any other private plates apart from 2128 MC, but I am considering buying one for my wife.

“To my surprise, I have had a number of unsolicited offers over the years from people who wanted to buy my plate, and each time the price has been higher. Frankly, there are not many things linked to motor cars where you can get capital appreciation, but a private plate is possibly one. Not only has my plate been an investment but I have enjoyed the prestige of owning it. I am certainly recognised more locally because of my number plate. It has been fun to own it.

“A good plate is prestigious, and mine has been a good investment to boot. I would recommend it to anyone considering buying one.”

Mo and his wife, Ann, who runs their property business, live in Newcastle, Staffordshire with their three children.