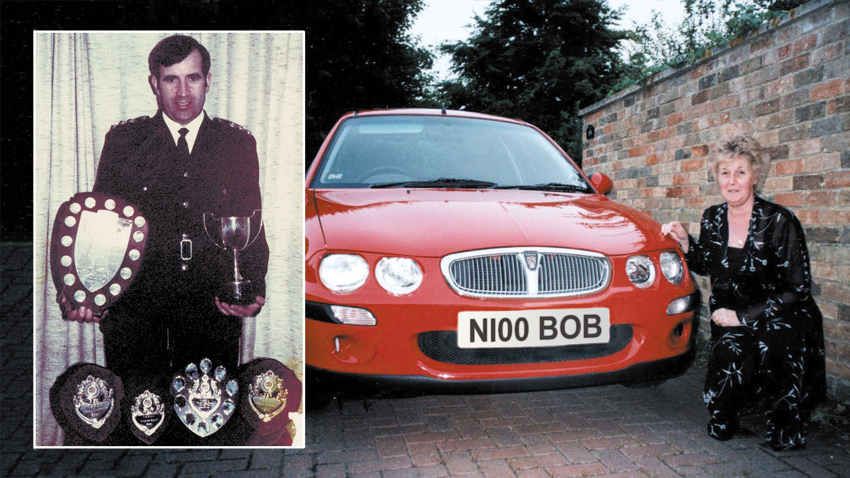 How do you get over the shock of your beloved husband dying suddenly? Perhaps you never can, but Nichola Dix has found an unusual way to ease the pain. She has purchased a number plate with her husband’s name on, N100 BOB.

“The N is for Nichola, and 100 signifies the score in darts, as Bob used to love to play in the old days, along with many other sports. He was cruelly taken from me aged only 56. The number plate gives me such comfort, I can’t tell you. I come out of work and it’s like he is there waiting for me.”

The idea for buying a number plate came to Nichola the day before his funeral. “I decided to get the number plate BOB 1 made up, just to lay in his coffin. He’d often thought about having a ‘posy’ plate. Soon after, I decided to buy one for real, in his memory.”

Bob won many fishing trophies over the years. A special trophy is now awarded each year in his memory, for the heaviest fish caught at the National Fire Service fishing competition in Ireland.

“He is greatly missed by everyone. He was a very fair man, with a vibrant personality. Our sons and I miss him terribly. I know I can’t bring him back, but at least when I am driving my car it is as though he is still with me.”