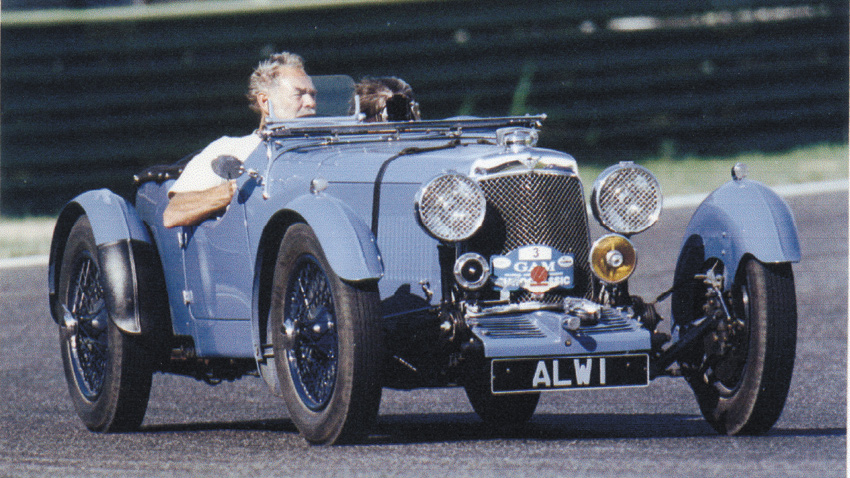 Three years ago, Phillip Haslam from Derbyshire bought and imported a 1933 Aston Martin le Mans from St. Louis, Missouri. Phillip says, “The car was purchased new by Sir Malcolm Campbell shortly after he had taken the World Land Speed Record. Apparently Malcolm Campbell always chose a registration number with the figure ‘1’ in it and he always had his cars painted Bluebird Blue to match his original car.

When the car arrived in England it came complete with the plate ALW 1, but I later discovered that, as the car had been in America since early in the 1960’s the number had long since lapsed. Through the DVLA, I discovered that ALW 1 was owned by someone else, but they were not prepared to release any details. At the time I was somewhat disappointed as I was keen that the number should be reunited with the car.

One Sunday, in mid-August, for some unknown reason I happened to glance at the registration numbers in The Sunday Times – for no particular reason whatsoever (I had never really thought of looking for the number previously). Imagine my surprise when the number ALW 1 leapt out of the page at me from in amongst the thousands of private plates that Regtransfers were advertising – it really did seem such incredible fate that the number was available for sale at the one time in my life that I have ever looked at the adverts. Happily now, the car is reunited with its original number.”