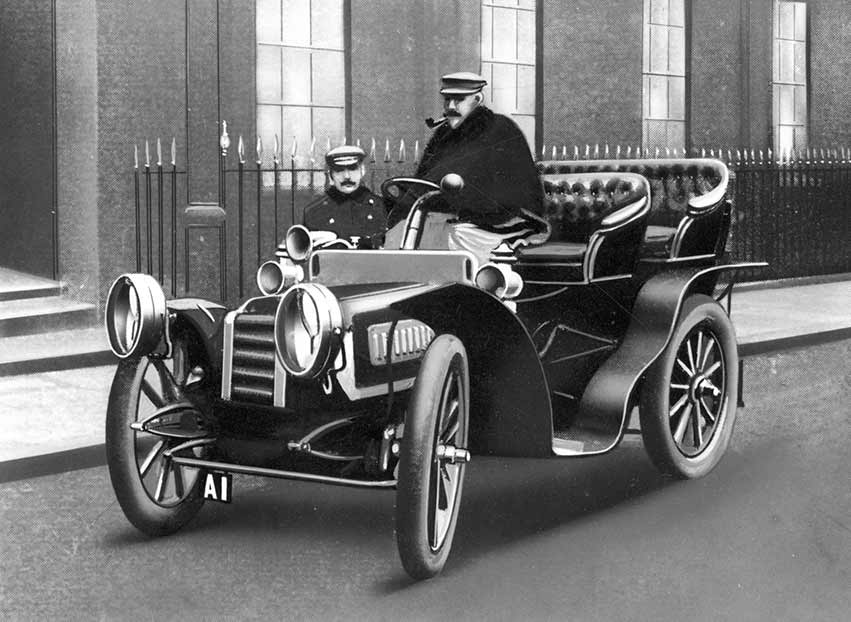 The Legendary Number A1

A 1 is widely thought to have been the first number plate issued in Britain. Although undoubtedly the first alphanumerically, and certainly the first issued by London, evidence shows that other authorities started issuing registrations slightly earlier than London.

Earl Russell, amongst others, queued all night outside the London County Council offices in the hope of having A 1 assigned to his vehicle. He eventually managed to secure it by a mere 5 seconds! The ‘Car Illustrated’ dated 23 December 1903 said, “There has been some amount of competition for the securing of the number plate A 1 and this has been acquired by Earl Russell for his Napier car. A Mr. L. H. Oliver of Edgware claims the distinction of personally handing the certificate for A 1 over to Earl Russell”.

The chairman of London County Council later held A 1 for a short period of time. George V. Petty bought the car with the number on in 1907, transferring it to several vehicles over the years. Mr. Petty died in 1950, bequeathing the car and the plate to Trevor T. Laker. It is thought that this is probably the first time that a registration number had been mentioned in a will. The specific detail in the will requested that Mr. Laker use the number until his death when it should be sold and the proceeds donated to a dogs’ charity. He was no doubt the envy of all car drivers. He turned down many generous offers, but always refused to sell. When he became an old man he finally sold A 1 to Dunlop Holdings Ltd, on the understanding that they would not receive the number until his death, and that £2,500 be donated to the Guide Dogs for the Blind Association. Mr. Laker died in 1970.