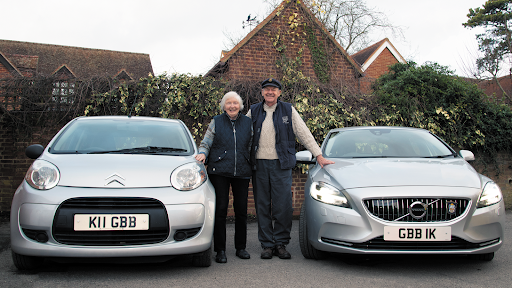 A life on the Ocean Waves

Commodore Ian Gibb, from Marlborough in Wiltshire, represents the fifth generation of a seafaring family; his progenitors have been sea captains since the mid-19th Century. Ian’s own career has been long and successful and one can imagine the spirits of those maritime ancestors nodding their approval.

Ian attended the School of Navigation at Southampton University in 1953 and was apprenticed to the P&O Steam Navigation Company from 1954-1957. He became an officer on the company’s passenger liners from that point until he achieved command in 1975. Ian continued to captain many passenger liners including Canberra, Sea Princess, Royal Princess, Pacific Princess and Island Princess and was appointed Commodore of the Fleet in 1996.

Although Ian retired from commanding vessels at the age of 60, his association and involvement with nautical matters continued and he was appointed as an Elder Brother of the Corporation of Trinity House, based at Tower Hill, London.

“Our role is to administer the lighthouses, buoys, beacons and lightvessels for the safety of mariners around the coasts of Britain and we are assisted by the Northern Lighthouse Board in Edinburgh and Commissioners for Irish Light in Dublin.

“Trinity House was founded by Henry VIII in 1514,” Ian tells us, “and has given over 500 years of service. There are, by royal charter, only allowed to be 32 Elder Brothers, of whom there are four royals: The Duke of Edinburgh, Prince Charles, Prince Andrew and Princess Anne. The current Master of Trinity House is Princess Anne who took over from her father.”

Appointment to the fraternity is for life and its ranks have many former prime ministers, including Winston Churchill, Harold Wilson, Ted Heath and, currently, John Major. Ian himself continues to work for Trinity House but, now in his 80s, he no longer visits the lighthouses by helicopter. Ian lectures around the country for the RNLI, for whom he has raised more than £26,000 since his retirement.

Our photograph shows Ian and his wife, Ann, with their matching his and hers Gibb number plates. The emblem on the radiator grille of Ian’s Volvo is the crest of the P&O Company.

Ann enjoyed a productive career of her own. After training as a nurse at Guy’s Hospital, London in the 1950s, Ann was appointed Sister Tutor in the Paediatric Department of Great Ormond Street and later in the Evelina Children’s Hospital at Guy’s. Ann was thus occupied for more than 20 years until when she became Sister in charge of paediatric training at South Bank University in 1997.

Ann married Ian in 1998 and produced, “with his help,” two daughters: Fiona, now a qualified veterinary surgeon in Wales and Alison, now Associate Curator at the Museum of Science and Industry in Manchester. Fiona and Alison also have two children each.

Ian sums up his life these days as, “still busy and lucky to be so.”