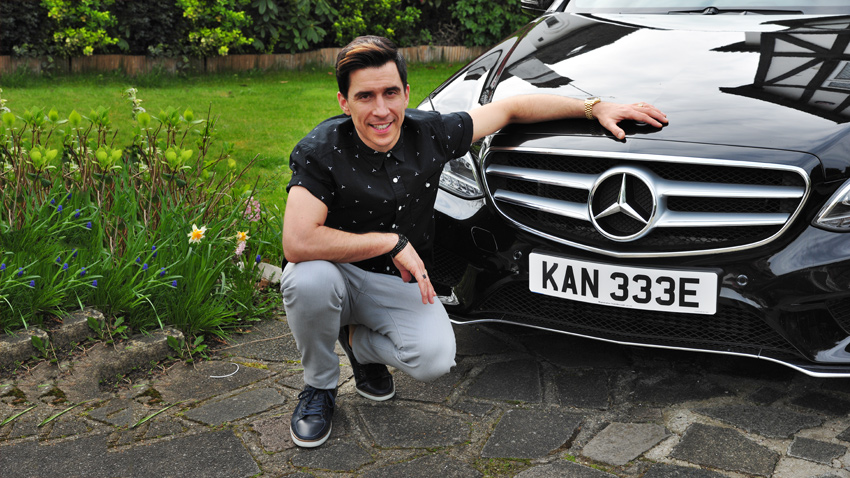 Around the time that comedians began doing shows in stadiums and releasing live DVDs, the phrase 'comedy is the new rock and roll' appeared in print and on TV. Reportedly coined at the end of the 1980s by writer and comedian Dave Cohen, the claim was repeated many times in the media and is still heard today. That description has been widely rejected and mocked - not least by comedians themselves - but there is no denying that comedy has achieved a level of cool approaching that of rock and roll. In fact, the same people who attend a comedy show one week go to see their favourite bands at a festival the following week. Comedy audiences are no longer just middle-aged reactionaries downing pints in working men's clubs laughing at sexism, racism and homophobia: they are younger, more switched on, politically and socially aware. This doesn't mean that comedy is any easier now than it was in the bad old days: on the contrary, a sharper audience means that a stand-up comic needs to be on top of his or her game in order to make it through a show.

Russell Kane is one of the UK's most popular comics: his shows often sell out and even the critics like his work. His stage manner is fluid, confident and energetic and his routines are punctuated with sudden vocal caricatures, throwaway characterisations that illustrate the traits and attitudes he describes. It comes as a surprise to find that such an accomplished writer and performer just fell into comedy almost by accident.

"I was working in an advertising agency so I already had a perfectly good job during the day. I was the first person in the family to get a degree and the first person to get what some would call a decent job, so I had no real reason to change my life. But working in advertising was so all-consuming that I wanted a hobby in the evening that would be just for me. A friend of mine suggested that I try stand up comedy but I was dubious. I wasn't good with public speaking, I'm a little bit nervous, and I wasn't sure I'd enjoy it, but they said, no, you're really funny, do it. So, I thought, sod it, I'll give it a try. I went and did it, just like that. I didn't always want to do comedy and I didn't have an interest in it at the time. I just wandered on stage, gave it a go and was good at it. I thought, wow, maybe I could do my hobby for a living, and I kind of fell into it from there."I know it's weird. The stand-ups who are really passionate probably hate hearing me say it but honestly I really didn't give a toss about stand-up at the beginning. Obviously I care about it now and I am really, really passionate about the job I do. I love it.

"The first show I ever did was at the Comedy Cafe in east London. It was an amateur night where you can go on and try to do three minutes - or at least see how long you can last. It's obviously very scary and I ate almost a box of Imodium before I went on. I could hardly hold the microphone 'cause my wrist was shaking so much but I got through it. The few laughs I managed to get gave me a buzz and I realised that I actually could do it. After that I just kept doing it until I got good. That first small gig was 2003 which makes it 12 years since I did my first amateur spot. I only played around for the first couple of years and I didn't leave the other job until 2006. That was when I went for it, so I've been doing it as a job since 2006.

"I got into it quite late considering. A lot of people start at 16 or 17 but I was like 23 when I started. In my case that was a good age for me to start. I'd got my degree, I'd lived some life and had a few relationships, so I was more mature than my years, if you know what I mean. That helped."If you've a bit of a gift - and I think I have - then you can get really far quite quickly. It's like learning a language: you feel that it's very easy at first, and then follows about eight years of really hard work. I got enough of a jump at the beginning for it to have been exciting for a long time. It's been especially exciting since 2006 because I've been doing telly and people are starting to recognise what I do."Edinburgh has been very important. I kept doing Edinburgh because it really showcases your talent to the whole industry. You go up there, you do an hour long show and everyone turns up: ITV, BBC, normal audience as well. And it's just by repeatedly doing Edinburgh that things happen. Of course, I won the big prize in Edinburgh, which is really well respected, it's called the Edinburgh Comedy Award now but it used to be called the Perrier. When I won that in 2010 that's when things really stepped up to the next level."

The next level meant more than just TV work. Russell Kane, like most top comics, gets out there and tours with the shows he writes. At the time of our interview, Russell was taking his Smallness tour on the road."I'm going to take Smallness back up to Edinburgh again so people can re-see it, even though I did it at Edinburgh last year. Then from September to the following June I'll be writing the new stuff and by next June I'll preview. I'll have skipped out the whole September to March touring phase, so I'll be a bit skint, basically, because that's my main income. I'll have to live off my savings for a year, which is nice."The sarcasm of that last phrase highlights a very real tension. Touring and TV may be profitable, but any artist who creates his or her own material must resign themselves to substantial periods of writing and preparation, activities that are not directly profitable. Russell Kane's breathless, quick-fire delivery means that he needs a lot of material. As Russell himself has told audiences, they get two sets worth of comedy crammed into one, and it's not always the same material.