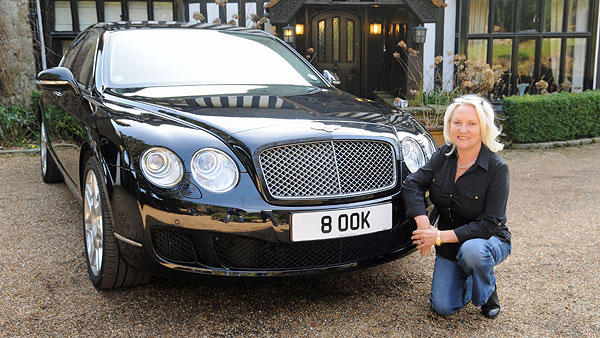 We’re very lucky, you know. Producing the Regtransfers magazine gives us the opportunity to meet a lot of very interesting people. We’ve spoken with actors, sports stars, business people, musicians and more, but, until recently, we had not interviewed a novelist.

Actors and musicians tend to be extroverts, used to facing the public. Similarly, business people seem, mostly, to be confident and to possess good face-to-face communication skills. Even athletes are accustomed to performing under the scrutiny of a crowd. All of these people seem to be natural interview subjects.

On the other hand, to our interviewing team, writers are a relatively unfamiliar species. Their narrow experience of the breed (consisting mostly of their interaction with the writer of this article) had led them to formulate an image of writers as reclusive, petulant, antisocial and irrational, so the prospect of interviewing a novelist was greeted with as much caution as enthusiasm. As if the preconception described above were not enough to give them pause, our team read some of Martina’s books as part of their research: books full of vicious assaults and gruesome murders. And then there were the other interviews... Accounts by other journalists who had interviewed Martina Cole read more like descriptions of kidnapping than of conventional interviews. At the end of their ordeals, it seemed, they hadn’t so much left as escaped.

In the absence of volunteers, straws were drawn and Angela our interviewer, Stanley our photographer and John our driver departed leaving instructions that the police should be called if they did not turn up for work the following morning.

Martina Cole lives in an idyllic Kent village. Her home is a beautiful 14th Century Tudor house - all beams and chimneys. The Grade II listed house and the Bentley on the drive are unmistakable badges of the occupant’s success, and in an industry where many writers struggle just to make a living, Martina’s success is extraordinary. Her books invariably top best-seller lists, and her readers wait with bated breath for each new volume. At the time of writing this article, the paperback edition of her latest novel, The Life, is due to be published in early May. The Life is Martina’s 19th book. Since publishing her first novel, Dangerous Lady, in 1992, Martina has sold more than 10 million books and the value of those sales has exceeded £50 million, a milestone passed by very few British authors. It is not surprising that her agent and her publisher adore her.

Martina writes about robbers, murderers, convicts, hard men and women. She writes about loyalty and she writes about deceit, betrayal and revenge. Her style is direct and uncompromising. The language is strong and the acts of violence described are gruesome and extreme. Murder is treated as a fact of life.

Dangerous Lady, a tale of love and violence in the gangland of 1960s West End London, was the first of Martina’s books to be adapted for television; the four-part mini-series aired on ITV in May and June 1995. It was well received, with the actors’ performances and Martina’s story receiving praise. The television adaptations introduced a new audience to Cole’s work. As Martina is the first to admit, her style is not literary. The language is direct and without frills. More attention is paid to pace, impact and effect than to the finer academic points of grammar. The television versions of Dangerous Lady, The Jump, The Take and The Runaway converted people who might otherwise have dismissed her books as too trashy.

Many writers in various genres - mystery, crime, thriller, horror, fantasy - seem to suffer from a kind of caste prejudice. Once associated with niche fiction it can be difficult for an author to be taken ‘seriously’. There are a few writers who manage to avoid or transcend their pigeonhole. Some, like Stephen King and Iain Banks, do so through a combination of literary ability and by creating a substantial body of mainstream work outside their specialist genre. Others, like Martina Cole, are simply immersed in what they know and feel compelled to write about.

Martina’s knowledge of the rough world of her fiction is not based upon internet research or interviews with reformed criminals; her books depict the environment in which she was embedded for much of her early life. Growing up on an Essex council estate, the daughter of a sailor and a nurse, Martina encountered sinister people on a daily basis - she has said that an early boyfriend was a bank robber, and she had school friends whose fathers were periodically “banged up” for various transgressions. Even now, when success has enabled her to live the life she chooses, and to do so in luxurious and secure surroundings, she still knows some... colourful characters. Legend has it that criminals may have helped her with the plots of certain works, and that at least one character was based directly on an underworld figure of Martina’s acquaintance.

So, it comes as both a relief and a surprise to meet the real Martina Cole. Despite a husky, gritty-edged voice that would lend itself to the delivery of threats over the telephone, the lady who welcomes our team is bubbly, warm, attractive, surprisingly petite and decidedly unscary (is that a word?). A misunderstanding over the time of the appointment means that Martina answers the door wearing a dressing gown and hair rollers. Instead of sending us away she insists that we come in.

A short while later, as Martina’s son, Chris, takes us outside to arrange the cars for our photoshoot, Martina shouts from her bedroom window. “How do you want me dressed? Do you want smart or casual?” She opts to cover all bases and go smart-casual in a black blouse and jeans.

During the shoot, Martina introduces us to her chickens. “They have an electric fence”, she explains, “to keep the foxes out.” The chickens are just one aspect of Martina’s strong desire to know exactly where the family’s food has come from, and to avoid unnecessary interference and processing. In addition to having her own source of fresh eggs, Martina has a vegetable garden and an orchard behind the house and buys a lot of fresh food from local producers. She loves cooking and at the back of her kitchen is an entire library of cookery books, from traditional recipe volumes to the contemporary offerings of celebrity chefs.

Once we have enough photos, Martina settles us down for the interview. Just as we are about to begin, a thought strikes her.

“Have you eaten? Have you had lunch?”

“Right. Shall we go to the pub then? Let’s go and have some lunch. We can talk in the pub.”