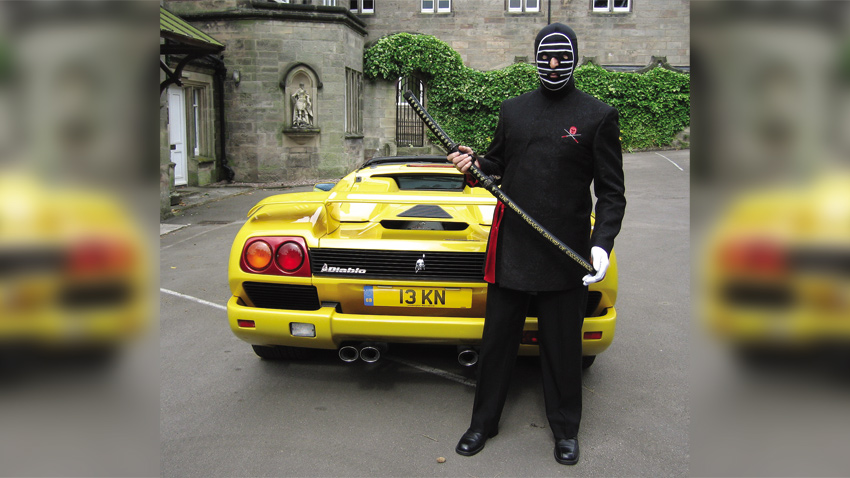 If you ask a British youngster about wrestling, he or she will possibly be able to recite a brief list of American stars. The chances are that the list will be shorter than it would have been a decade ago.

At the height of its appeal, British wrestling boasted a cast of genuine characters that makes the contrived, over made-up, blustering personas of contemporary US wrestling look terribly wooden and unconvincing. In the 1970s, when UK wrestling attained the peak of its television exposure, pro wrestling had a regular home in one of the best slots on ITV’s World of Sport programme, and the top grapplers were household names. Perhaps the greatest of these superstar personalities were Shirley ‘Big Daddy’ Crabtree, Giant Haystacks and Kendo Nagasaki. Crabtree and Haystacks had immediate impact by virtue of their sheer, colossal size while the mysterious Nagasaki provided a singularly subtle contrast.

Kendo Nagasaki was an enigma. His name and image obviously took inspiration from the traditions of Japanese feudal culture and martial arts. Elements of his costume made reference to the Samurai, while the mask and the name Kendo had their origins in the sword-orientated martial art of that name. Nagasaki was one of the two Japanese cities destroyed by American atomic bombs during World War II.

The man behind the mask played his part perfectly and with a discipline in keeping with the image he had chosen. Two things remained absolutely constant during all of Kendo Nagasaki’s public appearances: his silence, and the fact that he did not allow himself to be seen without his mask. Another notable Nagasaki characteristic was his genuine wrestling ability, something often neglected in comparison to the attention given to his striking physical appearance. Many of his contemporaries were more pantomime actors than sportsmen.

Since World of Sport went off the air in 1985, British wrestling has become more of a cult or niche sport, and has all but retired from the sporting mainstream. Nagasaki himself has had periods of retirement interspersed with periodic returns to the ring. He is currently active both in wrestling, and in a number of other areas.

In recent years, Kendo Nagasaki has developed his long-standing interest in mystic and occult matters. His website offers a great deal of information and guidance on matters relating to these topics, and on techniques of self-development.

It is this interest in the occult, and specifically numerology, that explains Kendo Nagasaki’s choice of 13 KN for his private registration. While we were sharp enough to figure out that KN were his initials, we found his choice of the number 13 intriguing. It is a number that we are used to customers avoiding rather than favouring. Kendo explained to us its significance.

“In classical numerology, the name Kendo Nagasaki equates to the number 13,” he told us.

“In Egyptian mythology there are 13 steps between life and death, while the Romans equated 13 to death and destruction. A coven has 13 members, and 13 people at a feast or banquet may signify an untimely death, as we see in the stories surrounding Jesus Christ and Odin (king of the Norse gods). For these, and for many more reasons, 13 is a significant and feared number.”

Kendo says that he uses the number 13 to shed light upon the interplay between life and death, creation and destruction, good and evil. He believes it has qualities that can help to elevate human understanding of universal laws.

The vehicle upon which Kendo displays this mystical number is a gorgeous Lamborghini Diablo VT Roadster. The story, already a fascinating one, gains another dimension when we learn that the Lamborghini, which now forms part of Nagasaki’s personal collection of select, exquisite cars, was previously owned by Rod Stewart!

Kendo Nagasaki: a man who continues to display his legendary capacity to deliver surprises.