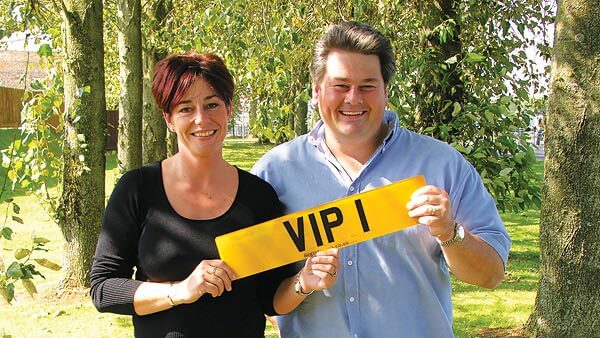 "After finding one or two registrations on your website I called Len, your marketing manager, who came up with some really good alternatives. I was so happy with his ideas and the prices that I ended up buying three. The good thing is that although I change my cars quite often, the registration will stay the same from now on. An added bonus is that this has also solved the Christmas gift idea for my parents.”

Both presenters have their own websites, Penny can be found at www.pennymallory.co.uk where she provides a comprehensive background that has brought her to where she is today - one of TV’s best presenters and motoring correspondents. Jason is not far away at www.jasondawe.com. A place that not only gives you a great insight into the man as a TV presenter, journalist and motoring correspondent, but is also extremely informative for anyone into buying or selling cars.