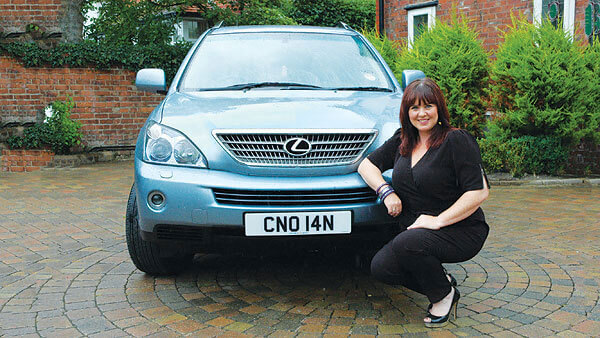 There is an old joke that claims “nostalgia isn’t what it used to be...”. Actually, joking apart, that’s probably true because these days nostalgia can be big business. Reunion tours by successful, but long dormant, artists and bands are selling out everywhere one looks.

The Nolan Sisters, later simply The Nolans, enjoyed great popularity in the 1980s. Their light, lively pop sound, with its tight vocal harmonies, struck a chord with audiences and record buyers. In various incarnations, made up of various configurations of sisters, The Nolans became regulars in the music charts and on UK television. They also enjoyed spectacular and enduring success in Japan. In 2009 they reformed and staged a sell-out tour of the UK. Despite continuing celebrity for the two youngest sisters, Bernadette and Coleen - both of whom had successful television careers - and steady work for other members, TheNolans per se had not really been in the public eye for some years.

The recent tour was a real family affair, despite the absence of older sister Anne. Coleen’s husband, guitarist Ray Fensome, and Bernie’s husband, drummer Steve Doneathy were both part of the band. The Nolan story has always been about family, one way or another.

“We moved from Blackpool to London, when I was nine. A guy came to Blackpool and absolutely loved the act, so he wanted to bring it to London. My two brothers were both engaged to girls in Blackpool at the time, and they decided that they wanted to stay in Blackpool. Anyway, the guy owned a venue called the London Rooms in Drury Lane and he gave my sisters a contract there, and that’s kind of how The Nolan Sisters took off. They did about five years there, but because it was cabaret I couldn’t do it. You needed licenses for that in those days, so I just did the odd TV show with them until I joined the group professionally at 15.” Anne, Denise, Maureen, Linda and Bernie began performing as The Nolan Sisters in 1974. In 1978 the group began to see some success in the UK record charts, but Denise decided to leave in favour of a solo career. The other girls continued as a four-piece.

Coleen has worked steadily in television since her marriage to Shane Richie ended. In 1999/2000, as well as joining Loose Women, she also worked on ITV’s This Morning. In 2009 Coleen took part in the fourth series of ITV’s Dancing on Ice.

“At first I really didn’t think I could do it, but then the kids were like ‘Oh, please mum! Please do it.’ And they’re not normally like that. Ray was the same, telling me to just give it a go. So I’d have felt a bit of a wuss saying no.”

Coleen had skated a few times before, but not on a regular basis, and she had certainly not done anything that would prepare her for what the show demanded from her.

“When I was young, we used to go on a Sunday and literally skate round in a circle, you know.

“But I couldn’t skate backwards or crossover, and even skating forward... Ha! I thought, I’ll be all right: I can skate forward. But skating forward technically correctly is totally different. It’s not just a case of balancing. I used to do three hours training every day. It was so cold, and it hurts when you fall. And you fall a lot.

“My first skate-off was in the semi-final, and I was so injured - I think the audience could see it. I had a displaced rib and a fractured rib. The physio said that I couldn’t skate, so then the choreographers just asked me what I thought I was capable of, realistically. In the end we just had to do this silly routine where I was pushed about. I just couldn’t practice, so I knew I was going out, and by that time I wanted to go out. If I had got through I wouldn’t have been able to do what I’d have needed to do, so a part of me thought, Oh, no! What if they put me through?

“There were times when it really would have been easier to turn around and say I was pulling out - to tell them I was injured or something - but the longer I stayed in, even when I got really injured, I was like,‘I can’t pull out now. I’ve come this far, there’s no way I’m pulling out.’ Even if they’d had to push me out on a chair I was not pulling out. I’d be voted out but, even though by then I really wanted to go, I wasn’t just going voluntarily by myself.”

As well as her regular slots on major shows, Coleen has appeared on a range of other programmes from Never Mind the Buzzcocks, and The Paul O’Grady Show to a programme in which she underwent hypnotic past-life regression, apparently reliving a former existence as a teenage debutante. She certainly knows how to keep people guessing where she’ll crop up next.

“You know what it’s like in the business: ‘we want you to do this, that and the other’. But until I’m actually doing something, I don’t believe it. I just say,‘Tell me when it’s definite and I’ll turn up’. Does Coleen think that she and her sisters will do another tour?

“We would really really love to. I’d like to do one more because we never expected the response we got to this one. We were really quite nervous that no one was going to come, but it was just massive and the crowds were fantastic. It was really quite overwhelming, so we would like to do one more.” And how about a return to Japan, where they enjoyed such huge popularity?