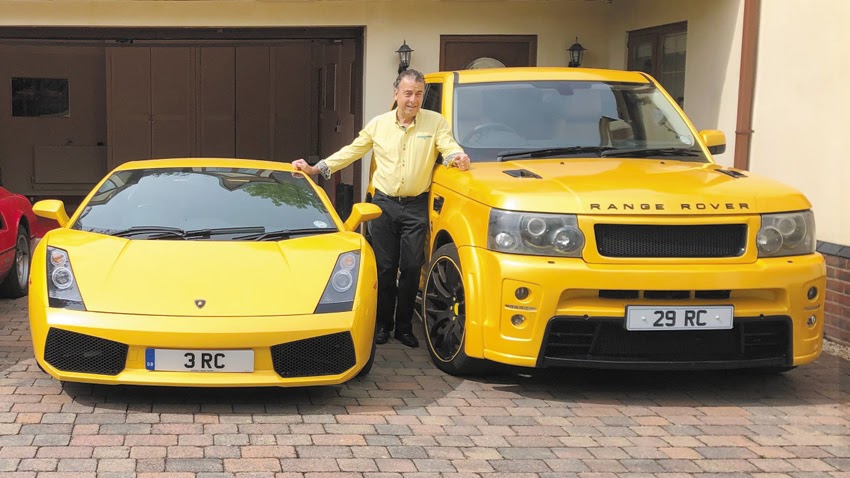 You butter believe it!

Some years ago, Russell Carman worked for a butter packing company. The business had been in existence for 113 years, but ceased trading in 1989 at which point Russell took it over. He invested in a new factory and expanded the operation.

"I bought butter from all over the world," says Russell, "blended and packed it and began supplying the UK market as well as exporting back to many countries in packet form. As a business, maybe not that exciting but it kept the wolf from the door."

Russell's son and daughter now own and run the business although, these days, the packing is outsourced.

The first plate Russell acquired was RCO 28, which was the best he could afford at the time. Early issues with "creative" spacing of the number plate characters resulted in Russell being pulled over twice by the police, so he reverted to the regulation spacing!

Of course, Russell also owns the splendid 29 RC and 3 RC pictured above.