Regtransfers 4.9/5 (Based on 11,537 reviews)
Finance options available
Previous Next

BMW Drivers in North Wales Most Likely to Have Illegal Number Plates?

Here at Regtransfers we believe that personal number plates should be fun. There is, however, a serious side to our topic of interest. While we believe that there’s a personal plate out there for everyone, we try to encourage people to accept that a degree of imagination and interpretation are part of the fun. We try to get people to accept the official number plate formats rather than risk breaking the rules and getting into trouble.

Getting your message across, usually in seven or fewer characters, is a challenge so the temptation to cheat a little by using carefully placed bolts or by tweaking the angle or spacing of characters is an understandable temptation, but we say don't do it.

Number plates play a vital role on our roads, keeping drivers accountable, reducing theft, and giving potential buyers details about a vehicle’s past. It is essential that the information number plates provide the police, insurance companies, and the public is clear and visible when required. Therefore, it is crucial that your vehicle has plates that are both legal and legible. Failure to do so could result in a fine of up to £1000, loss of the personal registration number and/or a failed MOT.

Furthermore, recent communication with the issuing authority has revealed an increasing determination on the part of DVLA to act to stop illegal number plates from being displayed. They're on the case.

Regtransfers have undertaken one of the largest ever investigations into number plate related offences in the UK. We asked and 22 police constabularies from up and down England and Wales answered, providing an in-depth breakdown of which makes of cars were causing the biggest number of issues over the past 3 years. Data was taken from 2015, 2016, and the latest figures available for 2017.

The vast majority of offences were related to number plates that did not conform to regulations, suggesting that police forces were far more interested in deliberate attempts at manipulating plates over honest mistakes, such as failure to clean a plate. Areas with the largest total number of number plate offences over the past 3 years: 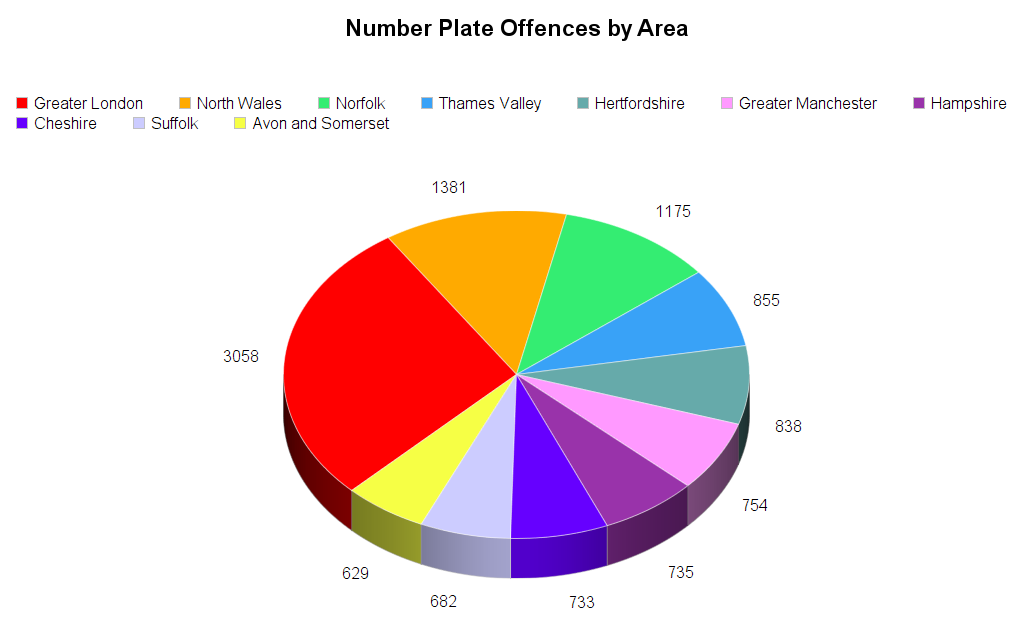 Areas with the total smallest number of offences:

When we compare this to the populations of these areas we get some interesting results. Areas with the biggest number of number plate offences, adjusted per 100,000 population: 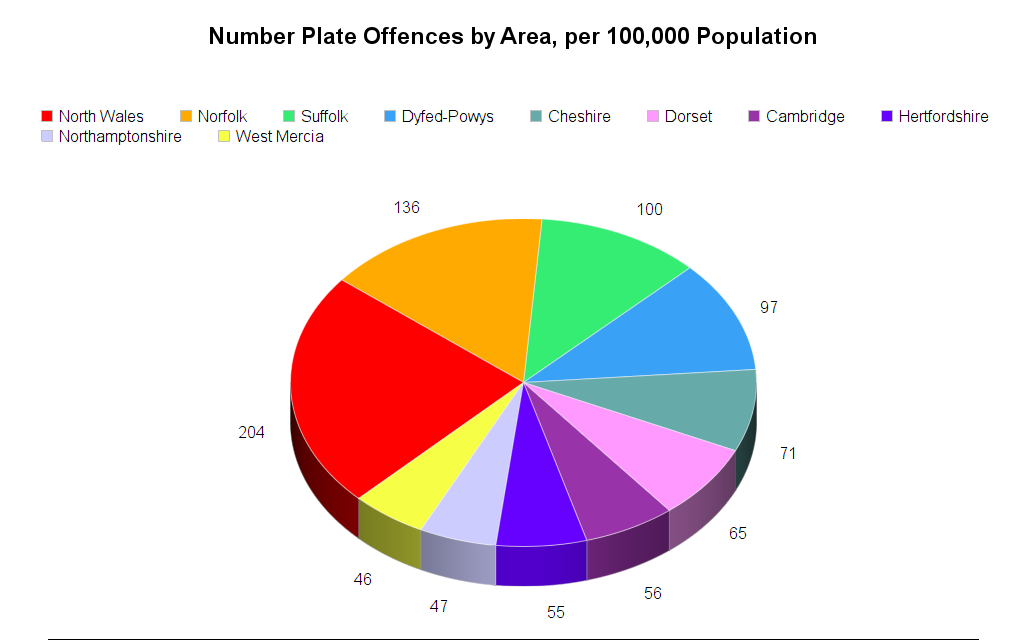 Areas with the smallest number of number plate offences, adjuster per 100,000 population:

Vehicle makes with the largest number of number plate offences:

Using a non-conforming background that isn’t a plain colour, or stickers which interfere with the plate’s legibility.

Using the wrong font. Only the standard ‘Charles Wright’ font is acceptable.

Having a flag on the far left of your plate that isn’t:

Letters accompanying these flags must be:

Where the most penalty notices are issued in the UK for various types of driving offences.