Automotive Atrocities: Five of the Worst Cars Ever Made

For every iconic, revolutionary vehicle design - think the Model T Ford, Volkswagen Beetle or Chevy Coupe Deville - there are many more automotive atrocities. These are those cars that cause you to scratch your head and wonder what was going on with their designer to produce such strange and awkward creations. We’ve selected five of the most significant blunders in car manufacturing. Be sure to leave your own in the comments!

In the years just before the Berlin Wall divided the country, East German firm VEB Sachsenring Automobilwerke Zwickau were tasked with developing an affordable motorcar to serve their socialist utopia. Their response was the Trabant - a car that, for the time, was quite adequately styled, if a little underpowered (the first three models ran on a two-stroke engine).

Problem was, after the wall came down, shortages began to impact the country. This meant, fundamentally, that for the entire span of the car’s thirty four year production run, much of the design remained the same. Every time designers brought changes to the table, the government would shoot them down, citing the lack of resources.

These shortages also resulted in the materials with which the car was manufactured declining in quality. The Trabant was nicknamed the ‘Cardboard Car’ due to the fact that much of the body was manufactured from ‘duroplast’ - cardboard reinforced with cotton, resin and plastic. Over time, the car went from desirable to detested, especially due to the loud and terribly polluting exhaust.

When the Berlin wall fell, the streets of both Prague and East Berlin became choked with abandoned Trabants as their owners fled to the West. Newspaper reports of the time talk about owners threading their keys on a pieces of string and throwing them around the necks of statues.

For a long time the Trabant was seen as a symbol of everything wrong with life behind the Iron Curtain. It was the butt of innumerable jokes in the media and on the street. However, with the passage of time, the car has become a rather kitsch cult icon. Young Germans now seek out Trabants for modification and renovation. There’s even an aftermarket for modifications to make the car electric and talk of resurrecting the name and design among other manufacturers - watch this space! 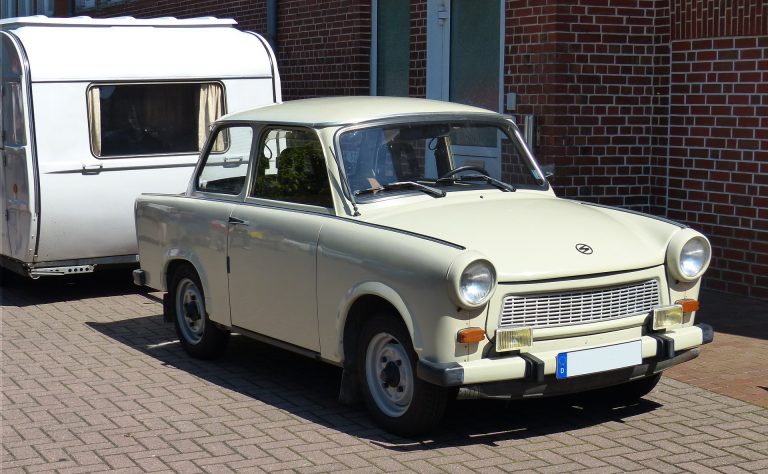 A famously ugly model, the PT Cruiser has an even worse safety record. When it was tested in 2008 by the Insurance Institute for Highway Safety, it performed the worst out of every other small car that had been tested that year. Particularly bad were the front and rear impact tests that threw occupants around the cabin.

This is the risk of basing a car’s design on that of a classic car - in this case, the Chrysler Airflow, manufactured during the 1930s. It takes extreme smarts and an understanding of innovations in car safety to design a successful tribute. Sometimes, retro styling shifts millions of cars. In this case, it lost the company millions.

It gets worse for the PT, however. Chrysler released a convertible version of the car that, to be frank, looked like a trainer - and not one of the hip kinds. The roof was difficult to put up and if it was taken off, there was no space in the car to stow it. A roll bar, placed between the front and back seats, completed the ridiculous appearance of this car.

It did not last long in production.

They tried - they really did. The Bond Bug was manufactured by Bond Cars, then Reliant, between 1970 and 1974, and was billed as ‘a new form of transport’. It was hoped the striking design - Canopy-door! Three wheels! Blinding orange paint job! - would appeal to a younger demographic, but aspects of its make it also spelled its demise.

See. for a similar amount of money (the Bug retailed for £629), motorists could buy vastly more powerful, fuel-efficient cars, with the benefit of having four seats. They also came in more shades than the eye-scorching orange chosen for the Bond. These cars handled better, had better range and outpaced the Bugs is almost everything bar novelty value.

Bond Bugs can occasionally be seen on the roads these days, and there are meetups for devotees across the country. It did not, however, sell nearly the quantities Bond and Reliant hoped. The United Kingdom was not ready to embrace the three-wheeled ‘microcar’, with Reliant eventually folding in 2001. 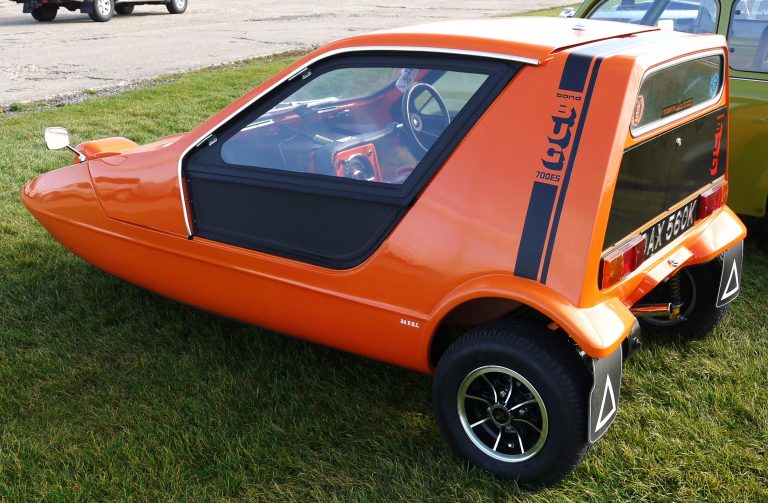 The other cars on this list, for the most part, are here because of aesthetics, quality, price or a combination of all three. The Ford Pinto, on the other hand, is here because it was deadly.

The Pinto first appeared on American roads in 1971, a response to the many imported compact cars that were being sold. It was cheap, it was light and it performed well against similar cars from Japanese and German producers in terms of handling and fuel efficiency.

Well, no. See, the Pinto had a nasty habit of exploding when rear-ended - even moderately so. This was because the fuel tank was located at the back of the car, quite near the bumper. After a rash of accidents involving fatalities - things were made worse by doors that would jam shut in a crash - a series of investigations were undertaken.

As it turns out, many of the serious safety flaws that the Pinto experienced could have been solved by adding a steel plate and replacing a lining to the car. Modifications for each car wouldn’t have cost more than twenty dollars per vehicle. Yet Ford didn’t issue a recall for several years, and only then because the government was about to.

In total, over a hundred lawsuits were brought against the company, and the approximate death ranges widely from 27 to 180. The company would struggle with the consequences of its inaction for several years.

You can’t really talk about automotive failures without bringing up the Ford Edsel - perhaps the greatest car clanger of all time. Indeed, the name itself has become a byword for poor design and misreading the market.

The Edsel began development in 1955 as a car that all middle-class Americans could afford and would want to drive. Extensive focus testing was carried out, and a number of variants were planned. However, when the time came to actually design and build the car, much of the public’s responses were ignored, in favour of Ford executives trying to put their mark on it. in the form of new technologies and design features that just did not mesh. In addition, creating so many options and variants for purchase blew out the cost wildly, making it uncompetitive on the road. It was even more expensive than most Fords on the market.

The Edsel, when it debuted in 1958, turned out to be a large, obnoxious gas guzzler at a time when tastes were definitely moving away from such a vehicle. Consumers simply wanted lighter, more efficient family cars. Ford ended up losing three hundred and fifty million on the Edsel and several scapegoats had to be found.

So, there you are: our nominations for the five worst cars. Of course, "worst" in the context of this post is a subjective assessment. Feel free to disagree. Better still, if you do disagree, or if you think we've missed something, please let us know on Facebook or Twitter. We may do a follow up blog if you send us enough suggestions.